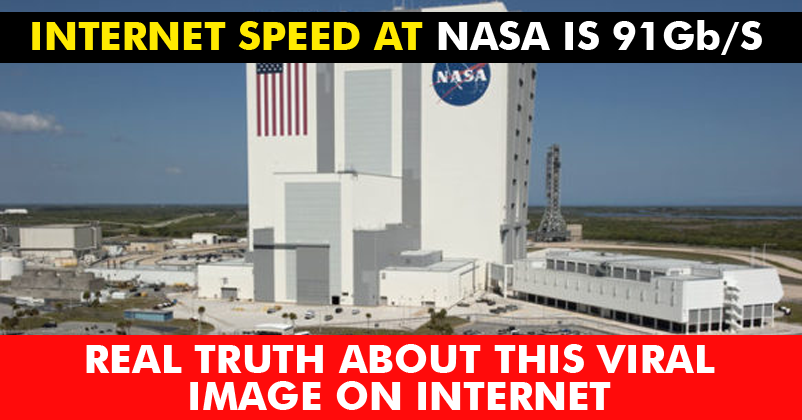 Fact: The Internet Speed At NASA Is 91Gb/s! But is it real? Does NASA really have the unbelievable 91 GBps or Gbps Internet Connection? Well the story is a HOAX! To understand why this story is fake, firstly you have to understand some crucial concepts, so let me break it down for you. Do you know what is the difference between Gigabytes per second and Gigabits per second.

Many people don’t know the proper difference between these computing units, some use the terms “Gigabit” and “Gigabyte” interchangeably, some confuse their meanings. However, both of these terms are used as units of measurement which describe the digital data. So now I hope you have understood the concept of Gigabits and Gigabytes per second. Moving on, now we have to know and understand the network that NASA is on. What’s very obvious is they are not using a local data network. So what do they use?

The network that NASA used is known as a Shadow Network. A shadow network is similar to the Internet, but it is meant to connect only a few organizations and research facilities across the world. It is used to share data related to the science experiments. NASA’s shadow network is known as the Energy Science Network, or simply ESnet. We can simply say that NASA’s network is local. It only connects the computers of the research facilities and NASA’s computers to share data files of experiments. A simply way to understand a shadow network is to see a local network of offices, college and schools.

The Experiment That NASA conducted! The popular fact that NASA attained the 91 Gbps! But the internet speed at NASA is not 91 Gigabits per second. This was an experiment conducted by NASA in May 2014, trying to find out the maximum speed of file transfer between two computers placed apart at a small distance. The 91 Gbps speed was achieved on a connection between NASA Goddard facility in Maryland and SC13 in Denver. The experiment used the ESnet, which allows the file transfer speeds up to 100 gigabits per second.