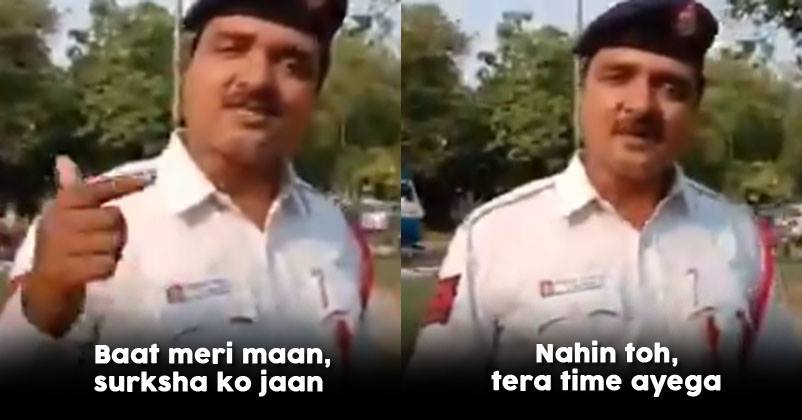 Gully Boy songs took the nation by the storm and ‘ Apna Time Ayega’ was the new anthem of the nation. It was literally played at every damn corner in India. Weddings, sangeet, birthday parties and of course the pubs. There were millions of videos online of people lip-syncing to the song or singing it on their own. And there were also some creative versions of the rap that got quite famous.

Recently this video has been circulating about a Delhi Police-wala who is seen rapping to the tunes of Apna Time Ayega, in his own little version. The rap goes on and the lyrics make people aware of the traffic rules in a funny way. The lyrics to the song are,

This video should be as viral as the actual song. Hats off to the creativity of the constable!

Remember The Video By Dabur, Prior To Ind-Pak Match? They Are Back With Another Amusing Video
Shah Rukh Khan Along With Aryan Khan Dubbed For The Lion King, See How Twitter Reacted