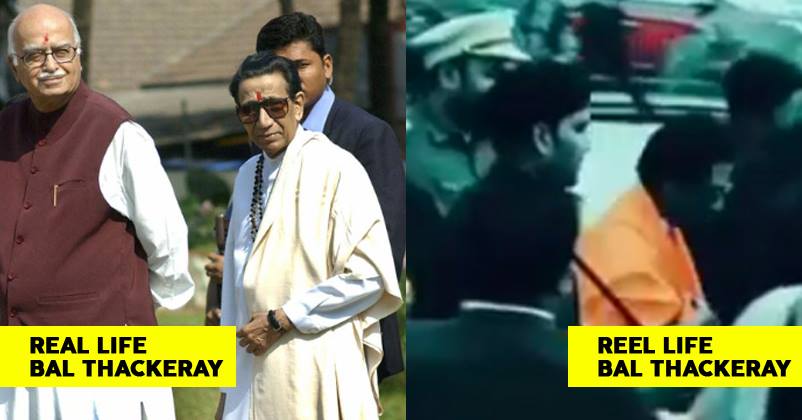 Nawazuddin Siddiqui is one of the most talented actors we have in Bollywood. He has totally aced the art of slipping into characters and making them memorable. Be it a fictional character like Ganesh Gaitonde or non-fictional Sadat Hasan Manto, he can play any character with effortless ease. 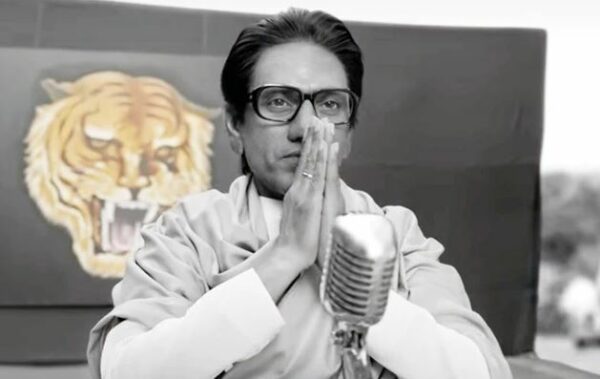 Nawazuddin Siddiqui is currently working on a string of projects and among all of them, one is the biopic of Shiv Sena leader, Late Bal Thackeray.

First look of Nawazuddin Siddiqui as Bal Thackeray has been out for a long time. A teaser was also released and it bowled away everyone with its authenticity. The way Nawazuddin’s looks matched Bal Thackeray made everyone excited for the film.

Now a new video from the film has got leaked on the social media and it will make you much more excited for the film. In the video, Nawazuddin Siddiqui is completely resembling Bal Thackeray as he zooms out of the airport wearing a saffron shawl and waving to his followers. As he comes out of the airport and immediately sits in his car, it makes for something really spectacular to witness. Watch the video-

Now that’s just a low quality leaked clip from the film and it gave us goosebumps already. We wonder what will be the impact of final film when it releases on the big screen.