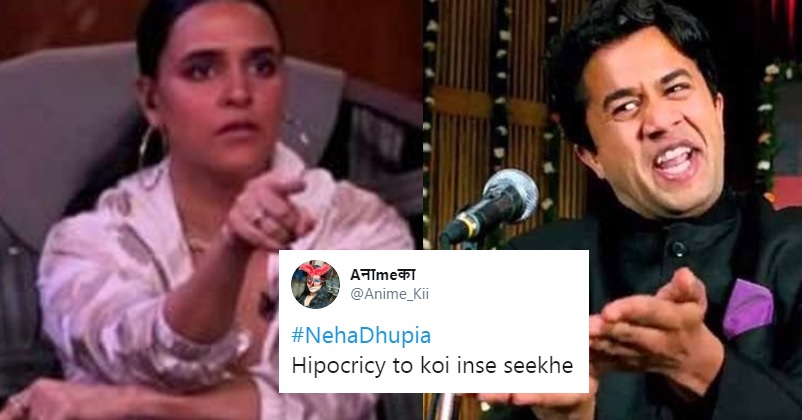 There is no denying the fact that women have been oppressed a lot in the old times and they were made to live their lives as per the wish of the men of their houses whether it is their father, brother or husband. However with the changing times, women have started raising their voices against the inequality meted out to them and making efforts in order to become self-reliant which enables them to live life the way they want to. Even men of today have begun to respect and support feminism but one needs to be sure of the fact that he/she is not supporting feminism in an irrational manner.

Neha Dhupia, the Bollywood actress is also pretty vocal when it comes to feminism but today she is getting trolled on the micro-blogging site Twitter for her comments that she made during an episode of Roadies Revolution. A video is going viral on the Internet and social media in which Neha is seen getting very angry during the auditions after a male contestant talked about how he slapped his girlfriend who was cheating on him with 5 guys at the same time. 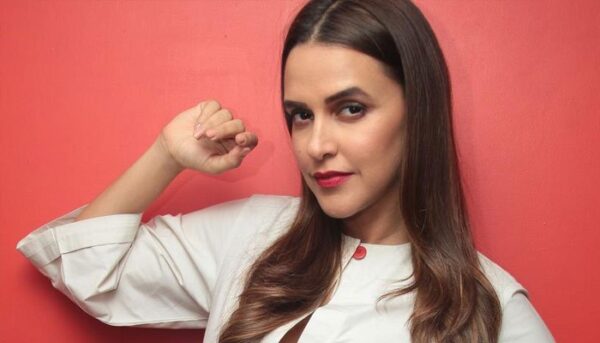 Twitter is trolling Neha Dhupia and calling her a fake feminist because she has no problem with the fact that the girl was cheating the man and that too, with 5 guys but she does have a problem with the guy hitting the girl after she played with his emotions. Neha Dhupia is the gang leader in the show along with Rannvijay Singha, Prince Narula, Nikhil Chinapa and Raftaar.

And somebody is talking about Equality 🤣😂😡 pic.twitter.com/4ONWnmIUCv

Rare photo of #NehaDhupia with her 5 boyfriends, 5th one is taking the picture 😝: pic.twitter.com/xJ44B7D7RT

Now i understand why #NehaDhupia said that
😂 pic.twitter.com/Oc1BS2l4WR

And same goes to u Fake feminist @NehaDhupia…Sun meri baath its his choice he was victim not u . Nobody gives the Fucking right to talk about his fucking feelings. If he didn't satisfy her whatever than she should go with other one not other 4. brain h ya tatti? #fakefeminism pic.twitter.com/en1vM4cqhf

Neha : its her choice #NehaDhupia pic.twitter.com/NqBJYYVYUd

So if a girl slap a guy when he cheats on her it's ok? But if a guy does the same it's treated like that? Hypocrites..👏👏

Wht he has got himself into … jaldi he katega iska .. because Its her choice #NehaDhupia pic.twitter.com/AAhQV6eeeM

#NehaDhupia
Neha- If a girl wants to have 5 boyfriends it's her choice pic.twitter.com/ZSaiJcmIe7

When i hear #NehaDhupia 's #fakefeminism
I be like:- pic.twitter.com/FTGP2xFsqq

What do you think of the stand taken by Neha Dhupia? Will you support her or will you also call her a fake feminist? Let us know your views in this connection.