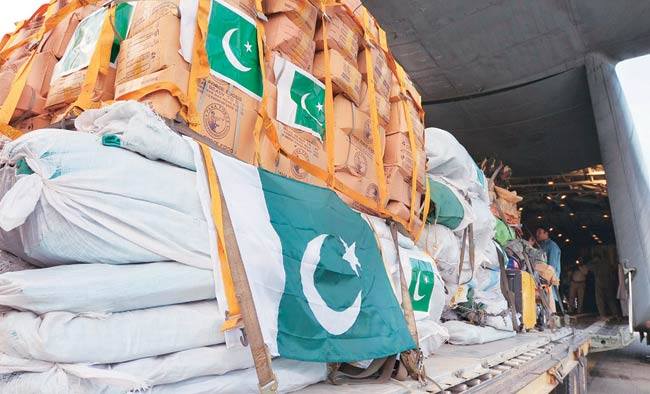 Perhaps this is the most crucial time when all the countries are standing in support of Nepal and its earthquake victims. But seems like Pakistan is in no mood to help, rather worsen the situation by sending in “Beef Masala” as a rescue aid to the survivors of the earthquake in a “Hindu kingdom”.

Nepal is already battling with the devastation caused by the 8.1 magnitude earthquake, and then such insensitive behavior by a country is actually very condemning. A team of 34 Indian doctors were sent to Nepal to treat the victims, when they found out that the food arrived from Pakistan clearly had the content of “beef masala” in their aid box. Nepal which has the majority of Hindu people, in fact has ban on cow slaughter, clearly do not need such so-called help from Pakistan.

“When we reached the airport to collect the food items from Pakistan, we found packets of ready-to-eat meals, including packets of ‘beef masala’. There were other food items too. We did not touch the Pakistani aid,” said Dr Balwinder Singh to Mail Today.
“Most of the local people are not aware of the contents. When they understand, they avoid it,” said another doctor.

Pakistan has clearly hurt the sentiments of the people there. We are just wondering whether such move was intentional or not.

This incident has led to a lot of outrage in the social media and other online platforms. When the whole world is extending support to this Hindu country such a inhuman and inconsiderate attempt by Pakistan has led to outrage.

Even if Pakistan has not done it intentionally, We can just hope that at least they apologize for what has happen. 🙁

However,Pakistan has clearly and strongly denied all these allegations. Foreign office spokesperson Tasnim Aslam said that there was no beef content in the ready to eat food dispatched by Pakistan to Nepal. Urging the Indian media not to ‘malign’ the humanitarian assistance effort in Nepal, Aslam said the people of Nepal really liked the food dispatched by Pakistan and even requested for more.