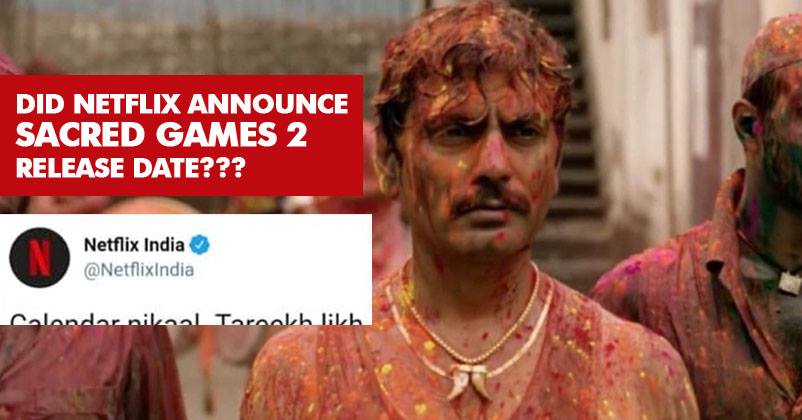 What is that one thing that keeps the netizens going? Other than Instagram posts with innumerable hashtags and Facebook check-ins to posh places, and pictures with countless “likes”, the netizens thrive on series.

The series, which has enthralled all the Netflix lovers, Sacred Games, is all set to take its second huge step. Netflix has announced that the dates of the second season will be revealed in just 14 days. 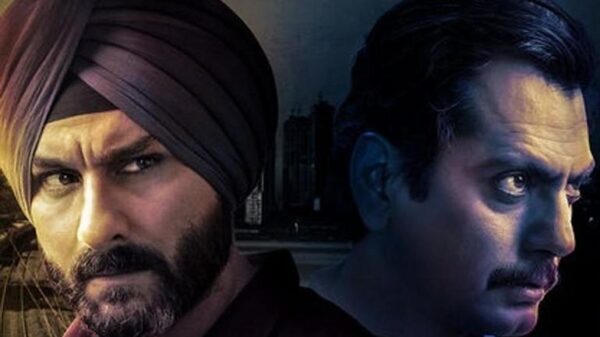 Sacred Games, which has been directed by Anurag Kahsyap and Vikramadiyta Motwane, features Saif Ali Khan, Nawazuddin Siddique, and Radhika Apte. Sacred Games, right from its inception, has won the hearts of one and all.

The rage created by the first season of the series has left the audience captivated. They obviously cannot keep calm and the reasons are legit.

All the Netflix lovers and the ones who had been glued to the series, this is a great news for them. The second season of Sacred Games, as rightly said by Nawazuddin Siddique, will be the “baap” of the first season.

This is a great news indeed and Twitterati obviously cannot keep calm. Check out what they had to say:

While you may have been engrossed thinking about the glory of the second season of Sacred Games, what you didn’t notice was that the tweet was posted on 19th March, and 14 days from 19th March is 1st April. Is Nteflix playing a not so sacred game here? We’ll have to wait and watch

Mirzapur Season 2 Just Gets Even More Exciting As Kaleen Bhaiyya Introduces Hanna To Munna
Disney Finally Closed The Acquisition Deal With 21st Century Fox, This Marks The End Of An Era.