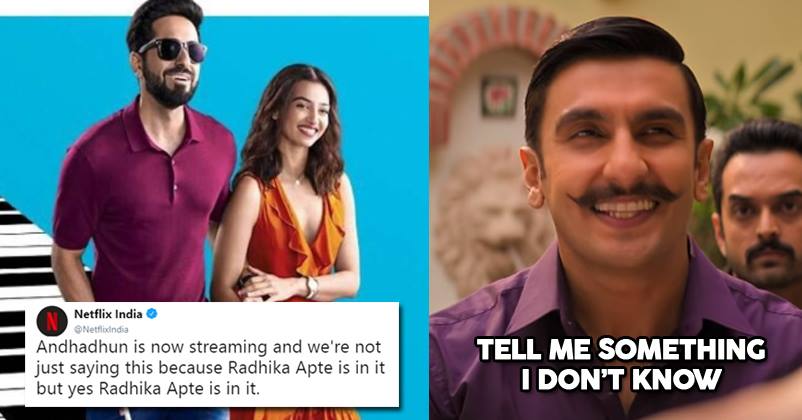 Netflix India has probably one of the most hilarious accounts we’ve come across. The best part? That they’re not afraid to make a joke at their own cost.

A few weeks ago, Radhika Apte became the most trending meme when she began to appear on every single Netflix India original. Those were some of the best memes we’d seen in 2018. And Netflix joined in the fun! 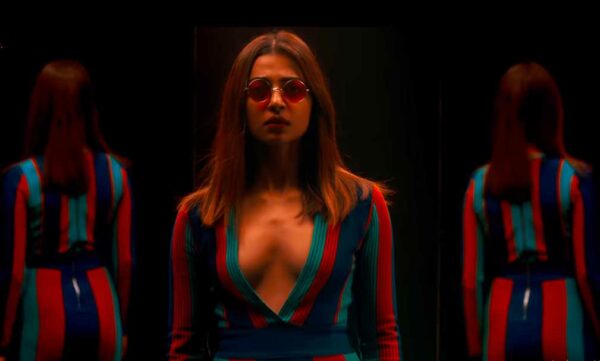 Yesterday, Netflix triggered a whole new set of memes when they posted about Andhadhun, which also coincidentally stars Radhika Apte. This is how Netflix announced that Andhadhun is now streaming on their channel:

Their PR team is composed of a bunch of geniuses, because they certainly got the responses they were hoping for. Check out some hilarious twitter reactions:

Another favourite meme from this year!

Everyone loved the humour!

😂 😂
You Should Change Your Name To RadhikaFlixIndia Soon…