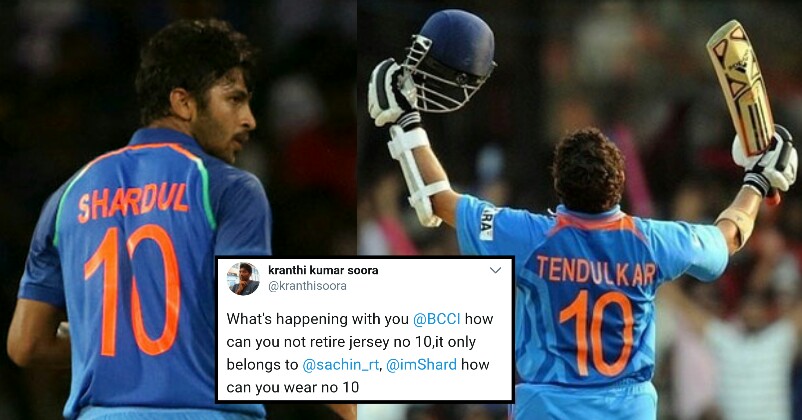 Team India has performed exceedingly well in the latest One Day International series against Sri Lanka. Thanks to the brilliant performance of players, the team has already secured the 5 match series by winning all 4 matches so far.

Since the 4th match was not that crucial, Team India gave a chance to the new fast bowler Shardul Thakur. The young player managed to impress in his ODI debut by striking an important first wicket of Sri Lanka. 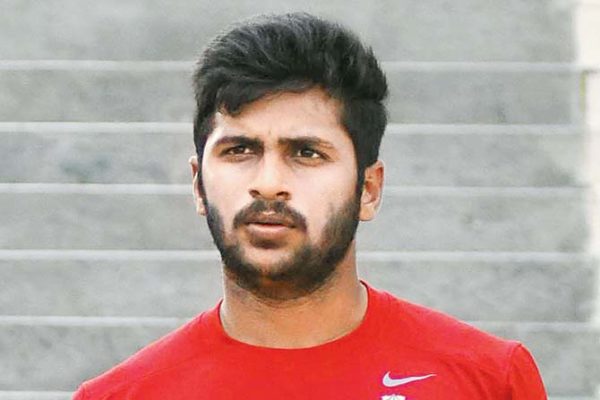 BCCI welcomed Shardul in the core team by giving him the ODI cap. They shared the update on Twitter-

Proud moment for young @imShard as he receives his ODI cap from @RaviShastriOfc #SLvIND pic.twitter.com/KJdJ88IUu7

In case the tweet doesn’t load, check out the picture below- 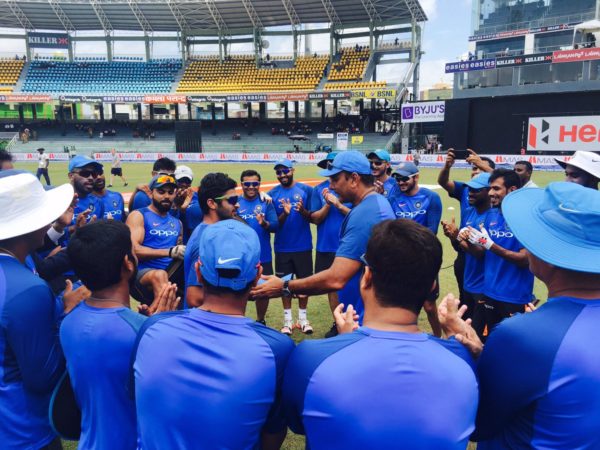 Though he was warmly welcomed by BCCI and his performance was also appreciated, still he got trolled by people on Twitter.

Reason? Well, it was because he wore the iconic jersey no. 10 which was earlier donned by Sachin Tendulkar. When the fans of Sachin spotted him wearing the jersey no.10 they didn’t like it and posted their feelings on Twitter. Have a look-

@BCCI Jersey no 10 belongs to one and only @sachin_rt
We cant accept anyone wearing that Jersey no.. pic.twitter.com/ybb4oqzpBb

@BCCI please don't assign No 10 jersey to any other player.. 😡

@imShard you still have a long way to go to get that no.10.@BCCI it's too early to give away that jersey no.10.#RetireJerseyno10

Dear @BCCI do u really think anyone can wear jersey no. 10 ?& do the justice with it? Kindly retire the Jersy it only belongs to @sachin_rt

Jersey no 10 have to retired. That's the jersey of god of cricket @sachin_rt . How can @BCCI gave it to other player. It's hurting.

@imShard Jersey no. 10 always belonged to Sachin Tendulkar. Take it off. Find another jersey. Wtf BCCI?!

Hey @BCCI I thought Jersey No.10 retired with Sir Sachin Tendulkar. How come Mr. Shardul Thakur is wearing this number? NOT COOL AT ALL.

@imShard Jersey no. 10 always belonged to @sachin_rt. Take it off man. Find another jersey.😡WTF @BCCI? Shame on you! #bcc 😡#RetireJerseyNo10 pic.twitter.com/xNkm6Cwyvh

WTF 😠😠 Shardul Thakur wearing #Jersey10 !!
BCCI Have you lost your mind 😠😡 this jersey belongs to only one man 😬 disgusting #INDvSL

Do you think Shardul deserved this kind of trolling for wearing jersey no. 10 especially after giving a good performance in his first match?

Cricketer Ambati Rayudu Fights With A Senior Citizen At The Public Place! Gets Shamed On Twitter
Hardik Pandya Got A New Haircut & No One Liked It! Twitter Made Too Much Fun Of Him!