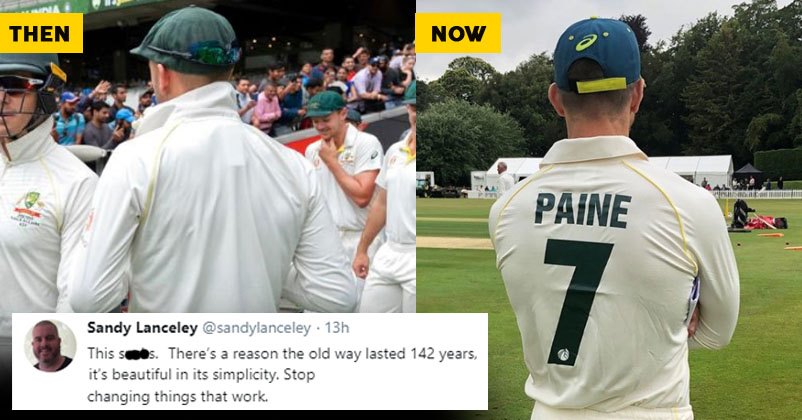 The test cricket may be regarded as the best form of cricket by the cricketing experts but the truth is that its popularity is decreasing day by day.

The International Cricket Council (ICC) is taking the matter seriously and has come up with ICC World Test Championship that will start after the Cricket World Cup 2019. Top nine cricket teams will take part in this championship which will be played for two years and the final will be played in the year 2021. 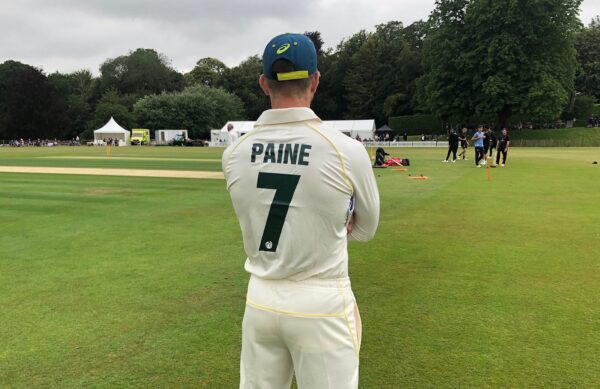 The dresses of the cricketers have also been redesigned and the new look was revealed on Sunday in Arundel. Tim Paine, the captain of Australia A, entered the field dressed in white with number 7 and “Paine” printed in dark green on the back of the shirt.

He will be wearing this dress in the match against Sussex and then again in the five test-match Ashes series which will be starting on August 1 in Birmingham.

The numbers and initials on the dresses of cricketers are printed in the limited overs cricket but this is happening for the first time in the test cricket. It is being done in order to make it easy for the viewers to identify the players and also to increase the interest of fans in the test cricket. Just to inform, numbers and initials are not printed on the vest or woolen sweatshirts as of now. 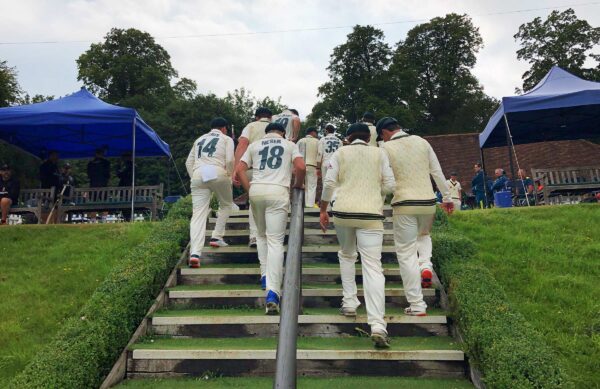 There were some cricketers who supported the existing traditional plain white dresses and Twitter also doesn’t seem to be happy or satisfied with the new look. This is how social media users reacted:

This is an atrocity against the classic nobility of Test Cricket.
Are the @RugbyAU muppets now running @CricketAus ???
It is hard to imagine a worse Cricket idea than this idiocy.
Why do you have to ruin everything?

Staggering ineptitude and lack of understanding of the core audience. Those at the ICC who made this decision should be the ones wearing the clown suits and advertising sandwich boards.

The new look that no one asked for and everyone hates.

So I am assuming this idea occurred like this:
:"Better pitches to create a contest"
"No"
"Get a full 90 overs in a day"
"Nahh"
"Oh I know, names and numbers on the back!"
"HELL YEAH!"
*Pats on the back and high fives*#Facepalm

Except having numbers on players backs etc is not going to make people go to a test match. It's knowing that the pitch encourages a true contest between bat and ball (arguable that especially in Australia that hasn't been the case) and unless rain, a full 90 overs of play

Why? What does this add to the game, what is the need for it? Every game that lets people with marketing degrees run it and make these kinds of stupid decisions ends up going backwards. @RugbyAU is a warning, not an example to be followed.

Absolutely shocking look for the game,traditions slowly go out of all sports which is sad!

First the pink ball now this.. What next? Electric wickie?

Maybe give them clown wigs to field in & an exploding rubber bat during the middle seesion. #gimmicks #itsjustnotcricket

Meh, this sort of thing makes no difference to the spectacle.

Let’s worry about generating an even contest between bat and ball and lifting the standard of test players in the game.

It’s the truest, fairest, and most important form of cricket – its future needs protection.

What are your thoughts on this change? Let us know.

India Vs New Zealand Semi Final: What Happens If The Clash Is Washed Out By Rain?
A Picture Of Kapil Dev Goes Viral, Twitter Claims “Kapil Dev Is Gearing Up For Ranveer Singh’s Biopic”