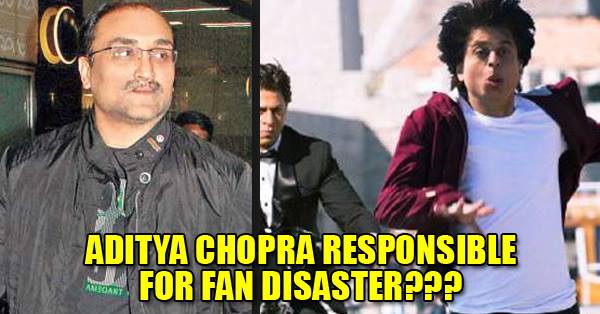 There was a lot of buzz prior to the release of ‘FAN’, the much awaited movie for SRK fans! However, the release of this movie made everyone quite disappointed and it couldn’t get good numbers at the box office. While everyone expected a 100crore mark, the movie hardly managed to collect somewhere close to 80 crores. Yesterday we saw how SRK talked about his failure and the ways he deals with it. However, Maneesh Sharma, the director of the film and SRK aren’t the only ones to be held responsible for the failure of the movie. Not everyone knows about the puzzle! There is a reason which would prove why ‘FAN’ bombed even though there were some rave critic reviews.

As per reports, it is stated that Aditya Chopra, the head honcho of Yash Raj Films is responsible for this. Sources claim that the 2nd part of the movie was changed as he wanted it to be different as compared to the 1st. Reports also quoted a spokesperson of YRF who rubbished the rumors. Although the movie couldn’t enter 100 crore club in 1st week, FAN is still a good film where SRK spreads his magic.