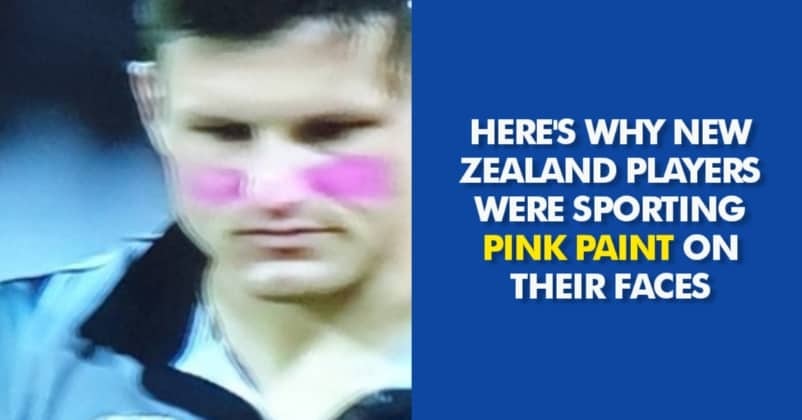 The New Zealand cricket team had a pretty tough time against the Indian team as the visitors defeated them by 5-0 in the 5-match T20I series. There is no denying the fact that Indians played quite well but it is also true that luck was not on the side of New Zealand and they also choked every time in the pressure situations. While in the 3rd and 4th matches, they lost in the Super Over and in the 5th match, they lost just by 7 runs.

However, what caught attention of everyone was the fact that New Zealand players were sporting pink colour on their face. 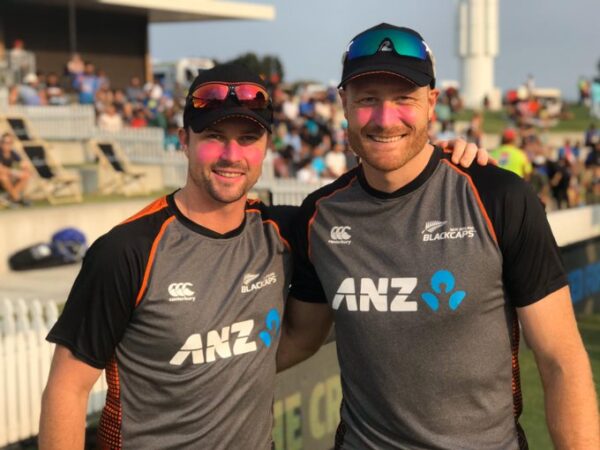 Initially people thought that they are wearing sunscreen but later on it was revealed that they are sporting pink colour in order to support the New Zealand women’s cricket team, White Ferns.

The women’s cricket world cup will be played soon in South Africa and the official sponsors of New Zealand women cricket team ANZ has urged the fans to visit their branch for picking the zinc or use the supporting filter on social networking site Facebook.

The men’s team of New Zealand also showed its support:

12 overs into the Indian batting innings at Bay Oval. India 101/2 Bennett dismissing Rahul for 45 in the 12th. Pink zinc on in support of the @WHITE_FERNS ahead of the @T20WorldCup. LIVE scoring | https://t.co/C9zslxZiaE #NZvIND pic.twitter.com/0bK6ixinhR

Now, India and New Zealand will be clashing against each other in 3-match ODI series and the hosts will be hoping to perform well in ODIs as the T20I series was a nightmare for the BlackCaps.