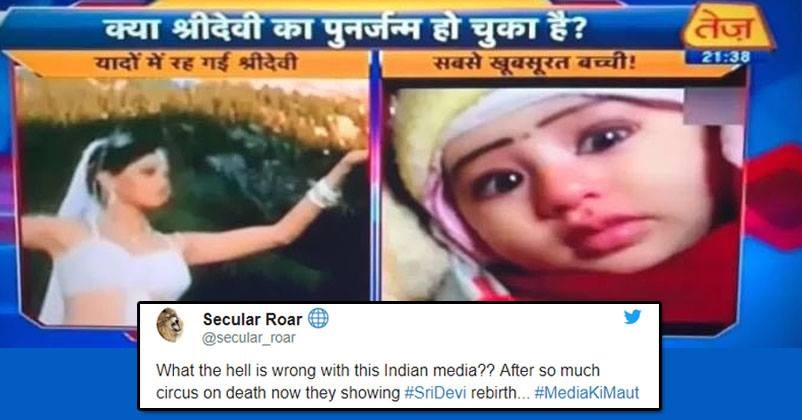 Sridevi passed away and left this mortal world forever on 24th Feb 2018. Her sudden demise left everyone sad. While it was a time of grief for her fans and family, some TV channels were busy satisfying their greed of TRPs.

There were a hell lot of ugly stories running out on TV to gain the attention of audience and a story of Sridevi’s rebirth was one among them. 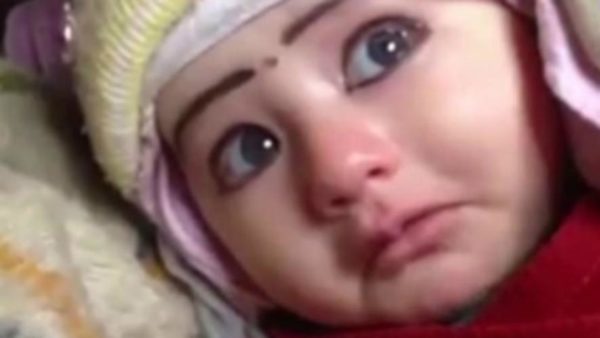 A video clip of a baby girl was being played on TV on loop and it was being speculated that she’s a rebirth of Sridevi.

Here is the Complete video by the Channel 🙂 pic.twitter.com/GwIc2hnNPi

We reported to you before how it was a fake story and the video in question was 8 months old.

While journalists and news channels became highly insensitive, Twitterati brought them back to the ground. The story and news channel called “Tez TV” which ran it was highly criticised on the microblogging site. Have a look at some reactions-

PL do not believe #rebirth of #Sridevi, it's not true, as such image was already uploaded on u tube a year back pic.twitter.com/kv25EAgnjT

Viewers & people at large are sick, tired & disgusted with the Indian media for its coverage of #Sridevi's death. It shouldn't be taken as barometer of what the Indian public likes to view.

Well well now it is being taken to all new level – God, have some mercy

“Has Sridevi taken rebirth already?” says the headline on a channel called TEZ TV. The channel is named after the antonym of the state of their viewers’ minds. pic.twitter.com/Xs9yGoj9An

When I first checked this screenshot, It looked funny, But later when I watched the complete Video, Got to know that the news channels had actually exposed one year old viral video which started doing rounds again on Facebook and WhatsApp. pic.twitter.com/rBzZ7n8Yj8

Another #funky side of Indian #Media. #SriDevi #Rebirth 😂😂 #sridevi2.0 pic.twitter.com/RdqA0K6d4l

What the hell is wrong with this Indian media?? After so much circus on death now they showing #SriDevi rebirth… #MediaKiMaut pic.twitter.com/NpDezkNvd8

After Hubby, Now Daughter Janhvi Writes An Emotional Message For Her Mom
Finally Boney Kapoor Opens Up. Reveals Everything That Happened On 24th Feb Evening