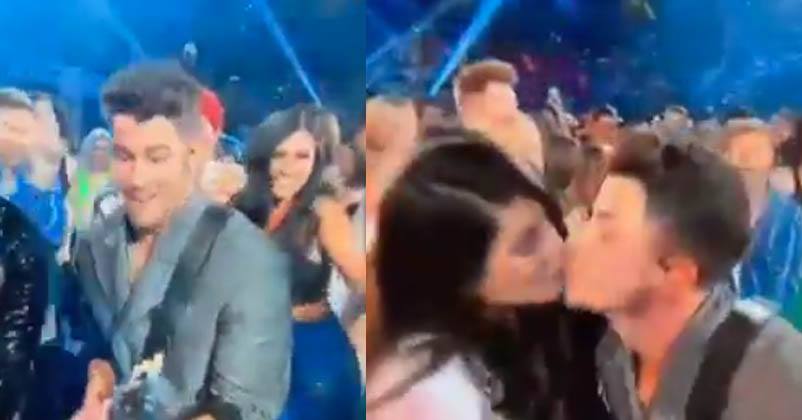 There is no denying the fact that Priyanka Chopra and Nick Jonas look awesome together and they don’t shy away from showing their love for each other even in front of media and public. 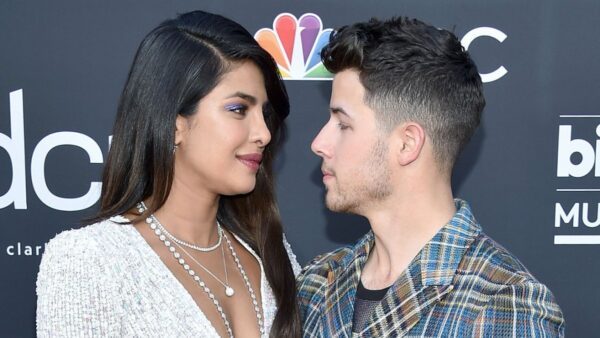 A video is going viral in which Nick along with his brothers is seen walking in the crowd and then he plants a kiss on the lips of his wife Priyanka. This act of Nick has made the fans of the couple go aww.

Here is the video of the wonderful moment:

It was Nick who started the performance with his solo single Jealous and then his brother Joe joined him and sang Cake by the Ocean. After this, the three Jonas brothers made the crowd crazy with their latest hit Sucker which is on the number one spot of Billboard Hot 100 music chart in the USA. It is also their first song together after a long period of 6 years.

While Priyanka was simply stunning in the sequin dress, Nick was looking great in the multi-colored tuxedo.

Don’t you think that they look awesome together?