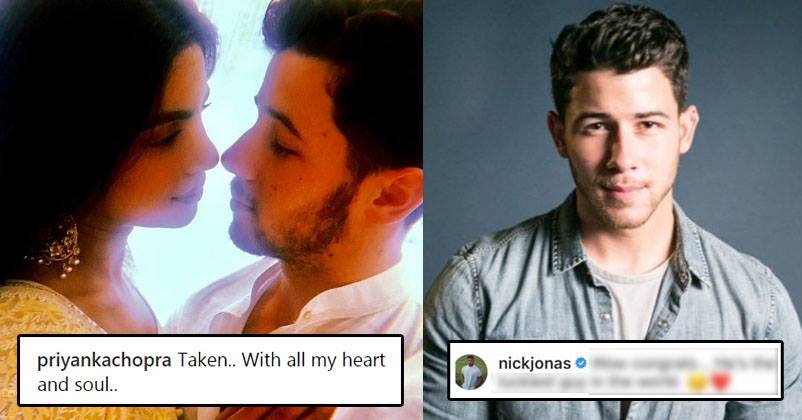 After making us wait for a long time, Priyanka Chopra and Nick Jonas finally made their relationship official today. Their relationship was confirmed already but the couple was waiting for a perfect day to announce it and they did it today, with a roka ceremony.

The pictures started arriving on the Internet earlier today and later in the second half, both Priyanka and Nick Jonas took to the social media to make the grand announcement.

They posted a romantic picture along with short and sweet captions. Priyanka wrote-

Taken.. With all my heart and soul..

Taken.. With all my heart and soul.. 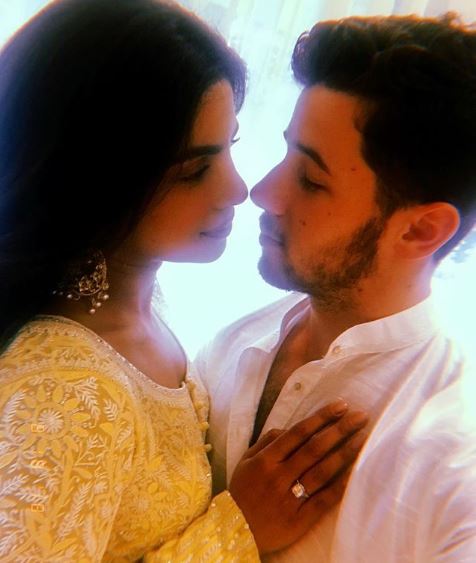 “Wow, congrats… He’s the luckiest guy in the world.”