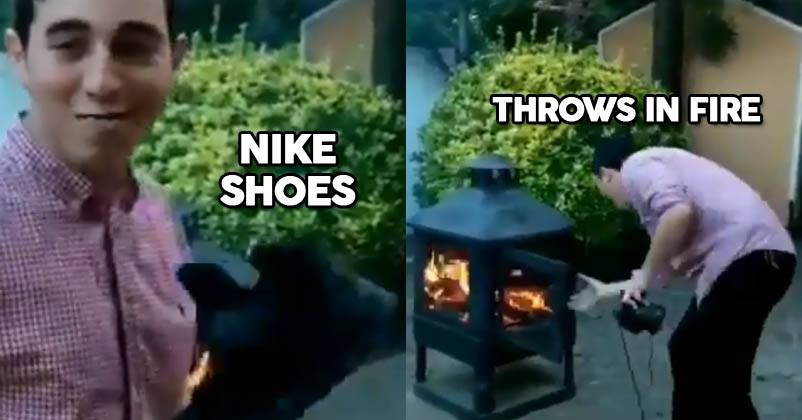 Nike recently launched its new ad campaign “Just Do It” and it’s not going well with some Americans in view of the fact that the ad features Colin Kaepernick, the former NFL player. To show their protest, they are burning products of Nike and sharing videos and pics of the same on social media. 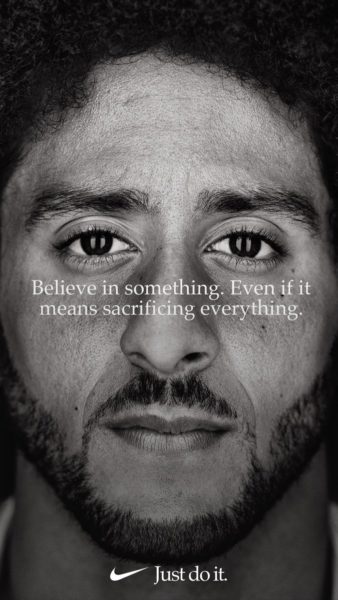 Later, Kaepernick’s team dropped him and he was not picked by other teams too since new guidelines were issued by NFL against those players who protest when the anthem is being played.

On Tuesday, stock of the company took a dip subsequent to the ad’s release. Apart from featuring Colin Kaepernick, Nike gave an indication of the footballer’s political stand as well with the tagline that read, “Believe in something. Even if it means sacrificing everything.”

Believe in something, even if it means sacrificing everything. #JustDoIt pic.twitter.com/SRWkMIDdaO

Even Donald Trump, the President of the US, is displeased with the campaign. He criticised it and said that Nike is sending a terrible message.

This is how people protested against the campaign:

.@Nike Due to your support of C.K. in your coming adds, I as an American can no longer support your company. #boycottNike #IStandForOurFlag pic.twitter.com/5JxSMD8SSO

@Nike has always been my favorite sportswear. BUT…I will never buy another product with their name or logo on it. I'll be burning anything I currently own today. @FoxFriendsFirst #IStandForOurFlag #BoycottNike #JustBurnIt

Thank you @Nike for helping me make my decision to Never buy again your branded products.

I believe in Patriotism #JustDolt
I don't believe in disrespectful individuals like @Kaepernick7 #JustBurnIt
So I'll now vote with my wallet and Nike has been firmly voted out!#auspol https://t.co/EajPda29rn

FVCK U NIKE THIS IS FOR SUPPORTING A MAN THAT DISRESPECTS OUR MEN IN BLUE #JustDolt #JustBurnIt pic.twitter.com/RuaGXYIUwR

#JustBurnIt 🔥
To all the families who’ve lost or to all of you who have served I stand with you&I am grateful everyday for your sacrifice. I am one of the many who showed today that money is speech&they lost 3.75 billion in 24 hours.I’m done with @nike &apparently so is America pic.twitter.com/xrn25pSUcN

@Nike The Colin Kaepernick deal is worth the backlash? How irresponsible can you be? Get ready for a backlash like you’ve never seen #JustBurnIt

Our Soundman just cut the Nike swoosh off his socks. Former marine. Get ready @Nike multiply that by the millions. pic.twitter.com/h8kj6RXe7j

Hey @Nike keep an eye out for a massive pile of shoes and apparel burning soon. I'm spreading the word to everyone I know. I'm done buying your products. #JustBurnIt https://t.co/SqS7UxF3sH

What do you have to say about Nike’s new ad? Let us know your views.

Here Are Some Hilarious Memes About SC’s Verdict On Section 377. You Can’t Miss Them
20-Yr Girl Used To Bite Nails & Got A Rare Form Of Cancer, Her Thumb Might Be Cut Off