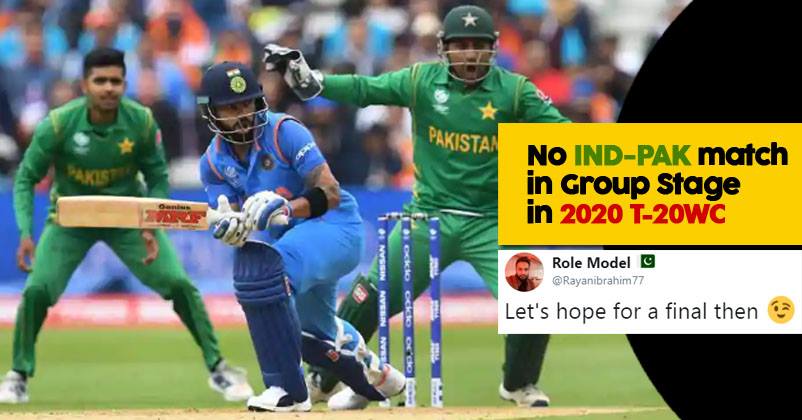 It has been announced that India and Pakistan will not be facing each other in the group stage of the T20 World Cup tournament of 2020. 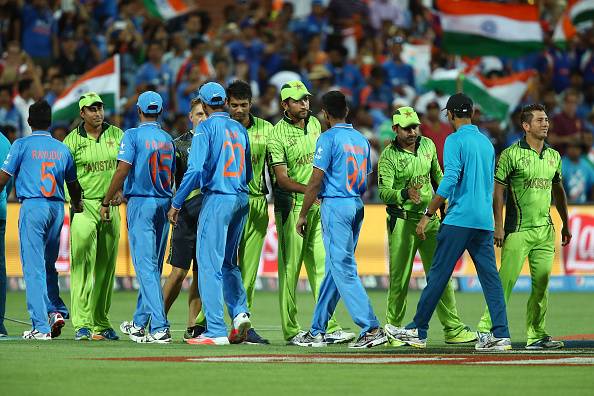 Turns out, both Pakistan and India are listed at numbers 1 and 2 of the T20 rankings, and therefore there will be no clashes between the countries in the group stage.

India and Pakistan will not face each other in the group stage of the 2020 #T20WorldCuphttps://t.co/CcrSGeFBPm

And what’s a T20 World Cup without a heated India Pakistan clash? And that is what fans feel too. Check out what they have to say:

Let's hope for a final then 😉

Doesnt matter , as the rivalry has lost its spark. It isnt the same anymore as it was in the 2000s and before.

Pak and india occupying no 1 and 2 spot respectively; match is a must. Now lets see if they meet in semi or final

Good for India !!! Actually we love defeating them in finals 🤣🤣

Continue Reading
You may also like...
Related Topics:india vs pakistan, T20 World Cup