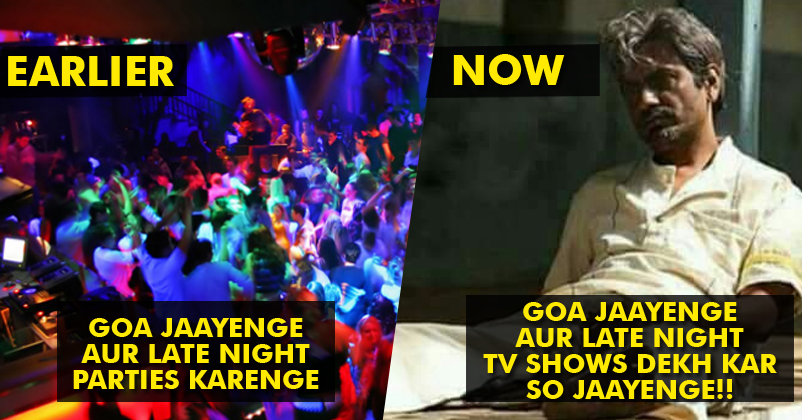 Looks like our favorite party destination Goa will soon become quieter by night. As per the latest news, there will be a complete ban on late night parties in next two weeks.

Goa Water Resources Minister Vinod Palyekar has made a demand of complete ban on rave parties that involve drugs and are often done in the coastal areas, beachside. “Our coast is infested with the sale and trafficking of drugs. There is absolutely no control over it. We need to stop it. First of all, we need to stop the rave parties and all night parties which are happening here as there is an abuse of drugs in them,”

He even mentioned that police weren’t taking strict actions against such rave parties and were ignoring it.

Palyekar also represents Siolim Constituency in North Goa. He raised his concerns over the old age population and students’ board exams. Here’s what he said,

“Despite several warnings and reminders late night music goes on till 3-4 am which is creating problems not only for aged people but also to the student community who are answering Board exams. ”

There are some obstructions on his way especially from hoteliers whose business will get affected. He said,

“The only obstruction is coming from some of the hoteliers as their business is getting impacted. I have given a final warning to the Police now & would be meeting the chief minister on this matter.”

Along with the rave parties, he wants to put a full stop on drug trading. He has already stopped 80% of late night parties in Goa. He said,

“We have already stopped 80% of these parties. Within two weeks, all the parties will be shut. The police have already been instructed,”

Well, Goa is all about partying in right spirits. Though a complete ban on late night parties will be welcomed or not is something that depends on the public but the use of drugs is something even we don’t endorse. Let’s make a better livelihood and better way of recreation, be it any place.

Man Posed With A Cobra & Died Within An Hour! Avoid Such Stunts & Stay Safe!
State EC Sent Notice To AAP Over Poster Controversy & Demanded An Action Within 48 Hours