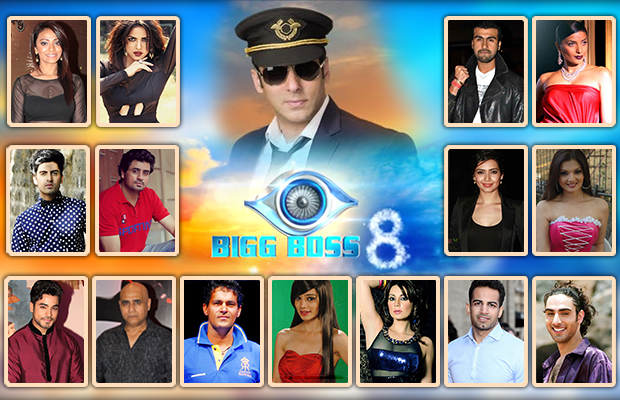 If you thought that Ajaz Khan, who was evicted last week for violence against co-contestant Ali Quli Mirza will be back as wild card, then  you are wrong. Instead or Ajaz or anyone else, this week Upen Patel is back in Bigg Boss house as a wild card contestant.

According to our sources, Upen approached the channel requesting for a second chance. On asking Upen about this, he said —

“It feels great to go into the house again. Now, I will try my best to win the show.”

Upen was evicted 2 weeks back just before the grand finale of the show. On asking about his favorite contestant, he said that he would like to see his best friend Karishma Tanna to win the show.

Upen entered the show as a very calm man. Bay during his last days, his nature changed a bit. Here is what he said about this —

“I am a very emotional person. Imagine losing your friends one after the other. Everybody reaches a breaking point. When I was nice, people called me names. When I became like one of them, they said that they prefer the previous Upen. They stepped back and stopped attacking me once I showed them that side.”

According to our sources, Upen Patel is expected to be on the side of challengers. Which means that he will be on the opposite side of her best friend Karishma Tanna. This might be some tactics of Bigg Boss to test their friendship.

“Karishma and I supported each other. Given the situation inside the house, you grow close to a few people. Friendship is the foundation of all relationships.”

So, lets wait and see what happens now..

So, what are your views about Upen’s comeback. Do you thought that Ajaz will be back instead of Upen?? Did Upen really deserved the second chance??
Do tell us your views in comment section below.