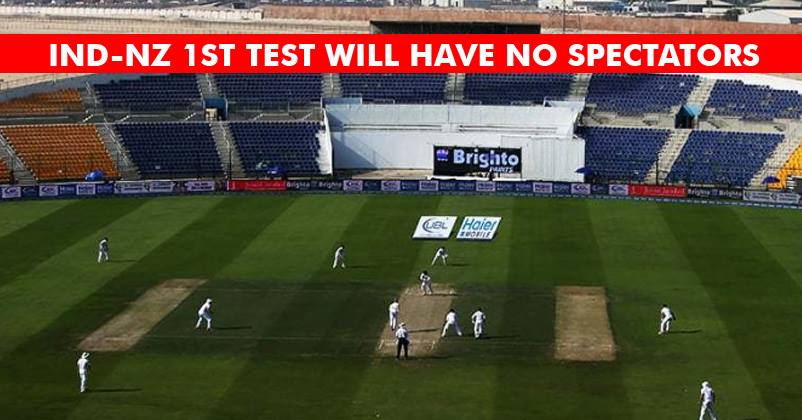 Cricket is considered as a religion in India and this particular religion has eleven Gods. But this time in Kanpur, there will be no preachers to see their Gods perform. Quite surprising, RIGHT ? The India vs New Zealand Test Match is just 6 days away and we are definitely looking forward for this exciting series. But, before the start of the series, it has already engaged into troubles. As we all know that India and specially the northern part of India is suffering from deadly diseases like ‘Dengue’ & ‘Chikungunya’ which have killed more than 30 people in Delhi itself. And Kanpur is no exception where the threat of being infected by this disease is looming at large.

What is more disturbing is the fact that the Kanpur city is severely hit by this disease and more than 800 people have been tested positive so far. Now to make things worse, even the security officials of the Test Match which is to be played in Kanpur are tested positive including the Additional Superintendent of Police, Mr.Jitesh Srivastava. “Around 300 police personnel are undergoing treatment for viral fever and dengue, and these include station incharges and constables,” Kanpur Senior Superintendent of Police, Shalabh Mathur told the Media.

The stadium is itself located in one of the worst hit areas where few days ago a large chunk of waste was dumped which attracted many flies and mosquitoes. However the secretary of the association, Mr Rajeev Shukla had told the authorities to clean it up. But may be it is just too late which might scare off people to even attend the match in such a hostile and vulnerable condition where their health is definitely at risk. Also according to an official from the Uttar Pradesh Cricket Association(UPCA), there has been no FOGGING done in the stadium which makes the situation much worse for the people to attend the match. He also added that the UPCA has already made the district administration and health department aware but nothing has been done so far.

However, if this unfortunate scenario happens to come true, the association still has a back-up plan which is somewhat still questionable. In case the the desired no. of people don’t turn up for the match, the association will be shelling out free tickets to school and college student just so as to ensure that the seats don’t go empty and has at least a few fans, rooting for their favourite stars. Well, this certainly seems like a back-up plan with no head and tail. Instead of acting quick and fixing the fault, the association is now looking out for alternative spectators for the filing of their stands which is totally absurd. Exposing young school and college children in such pathetic and vulnerable condition is definitely not a wise idea. And given the fact that it is during the daytime where the chances of being infected by such diseases are the maximum, watching a Test Match during daytime is highly not advisable.

DISCLAIMER – These speculations of people not going out to watch the Test Match is solely based on assumption and there has been NO official announcement on the cancellation of this event.

What are your views and opinion about this BACK-UP plan ? Write it down in the comment section below ! !

Ashwin Shuts Down Pakistan Fans Who Made Fun Of India’s Paralympics Victory!
M.S Dhoni Would Hate Gautam Gambhir For What He Said About His Upcoming Biopic