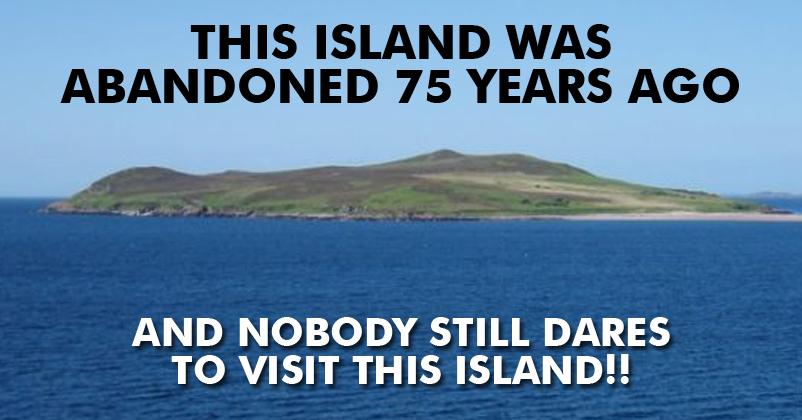 There are many such places where humans don’t dare not enter or step foot. There are many abandoned buildings, numerous uninhabited islands, many places which are restricted for the people. Many islands are forbidden to enter, unlivable due to its remote location, presence of dangerous wild animals, presence of toxic gases in the atmosphere, and various environmental reasons. But there is one place in particular, this place has a very dark past and a strange history associated with it. That is why no human would ever dare set foot on it. That island is Gruinard Island. Gruinard Island is a small, oval-shaped Scottish island located in Gruinard Bay, about halfway between Gairloch and Ullapool. It’s located approximately 0.6 kilometers away from northwest Scotland. Eighty sheep were taken to the island by the researchers, bombs filled with anthrax strain named Vollum 14578 were dropped on the flock. The sheep became infected, died within days of exposure. Many of these experiments were recorded on 16 mm colour movie film. After the tests were completed, the Scientists concluded that large release of anthrax virus won’t kill the densely populated german cities, but would render them uninhabitable for several decades. In 1945, after the war ended, the original owner wanted to buy the island back, but the government denied saying that it was too contaminated. Government said that the island has to be cleaned up and declared safe first. The owner or her heirs and beneficiaries would be able to repurchase the island when it would be declared Fit for habitation by man and beast. In 1981, a team of microbiologists from two universities embarked on a mission called “Operation Dark Harvest” demanding that the government decontaminate the island. They landed on the island with the aid of local people and collected 300 lb (140 kg) of soil and placed the soil packages in government facilities. A sealed package of soil was left outside the military research facility at Porton Down. Tests conducted on the soil revealed that it contained anthrax bacilli. In 1986, the government began cleaning up Gruinard Island by spraying down the entire place with a solution of formaldehyde and seawater. The island was decontaminated for four years and was declared anthrax-free on April 24, 1990, almost 50 years after its initial quarantine. However an archaeologist named Dr. Brian Moffat is still not convinced that Gruinard Island is entirely free of anthrax bacilli.

So what do you think guys? Do you wanna take a trip to Gruinard Island?

This is Why Flight Attendants Keep Their Arms Behind Their Backs When Greeting Passengers
Must Watch! This Is How Sitting Too Much Is Killing You Slowly!