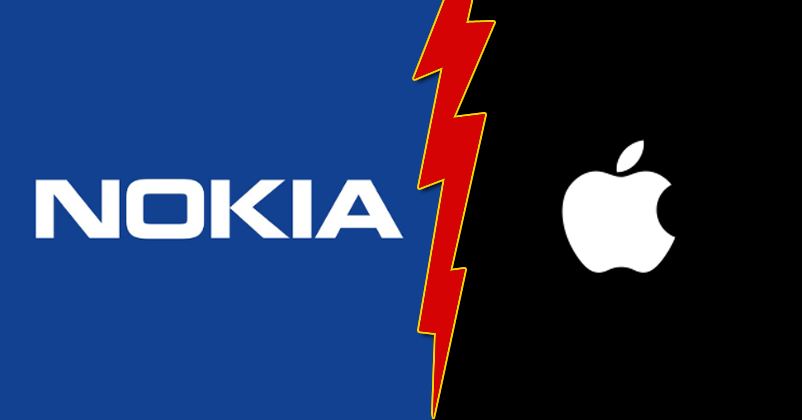 On Wednesday, Nokia Corp has issued a statement, saying that it has filed lawsuits against Apple as it has breached 32 patents. Nokia has filed cases in the USA and Germany courts. The statement read,

“Since agreeing a license covering some patents from the Nokia Technologies portfolio in 2011, Apple has declined subsequent offers made by Nokia to license other of its patented inventions which are used by many of Apple’s products.” Surprisingly, on Tuesday, Apple also sued firms known as Acacia Research Corp and Conversant Intellectual Property Management Inc and accused them of conspiring in collaboration with Nokia and charging big amount from Apple.

According to Apple’s spokesperson Josh Rosenstock,

“We’ve always been willing to pay a fair price to secure the rights of patents covering technology in our products.”

The same circumstances were created when Apple accused Samsung of breaching the patents and lawsuits were filed by both the sides in 2011. Apple won some while Samsung emerged victorious in several lawsuits.

Well, it can’t be said as to who will win this time but a big war is going to start soon! Whose side are you on?

Wanna Buy A New Vehicle? Well, You CANNOT If You Don’t Fulfill This Condition
Dangal Starts Its Journey Towards Breaking Sultan’s Record! 1 Big Record Broken Even Before Release