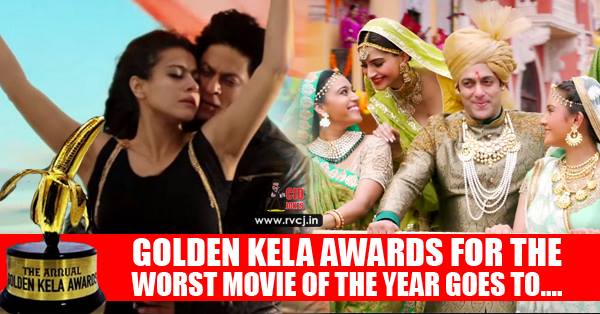 The most prestigious award for the worst movies have arrived… Much on the line of Hollywood Raspberry Awards, the Golden Kela Awards commemorates the worst movie’s of the year and tag along the worst actor, actress and director.

As much as good movies are appreciated, this award is actually worth letting the Bollywood fraternity know, worst movies have something exceptionally bad in them, which is worth applauding. So, last year had some really good amount of disastrous movies and we literally cried after watching them..

Plus, the worst part is some of the best of the industry starred in the flicks.. Highly disappointing we know! But then worst needs to be recognized so as to value the best..

a. Arjun Kapoor for Tevar
b. Arjun Rampal for Roy
c. Sooraj Pancholi for Hero
d. Imran Khan for Katti Batti
e. All the Guys in Pyaar Ka Punchnama 2

Why Are You Still Trying

Cast your vote in the comment box below!!
News Source