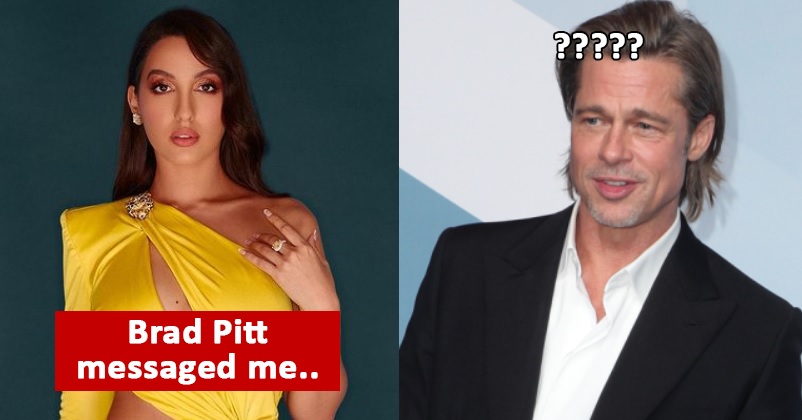 The beautiful dancer-actress Nora Fatehi is on cloud nine because her song “Manike” from the movie “Thank God” is receiving a lot of praises and people have fallen in love with her moves. Though Nora has featured in Hindi, Tamil, Malayalam and Telugu movies yet she is best known for her item songs and she certainly enjoys a huge fan following as people are crazy not just over her dance but also for her beauty. 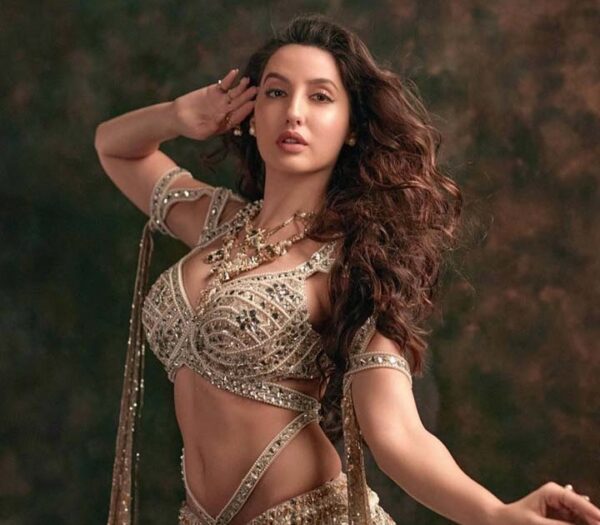 There is no denying the fact that many people want to be friends with Nora Fatehi and a number of individuals would try to get in touch with her by sending her messages on her social media accounts. Recently, she gave an interview to a women’s magazine Grazia India in which she was asked to reveal the name of the most famous person who slid into her DMs on social media.

She responded by saying, “The most famous person who slid into my DMs, wait for it, you’re not ready. Brad Pitt.”

Guess who slid into Nora’s DMs from BollyBlindsNGossip

Brad Pitt is one of the most famous and highest paid actors of Hollywood and while the 58 years old man has received many awards and accolades for his superb acting performances, he has also been declared as one of the most handsome men by various magazines and portals on various occasions. 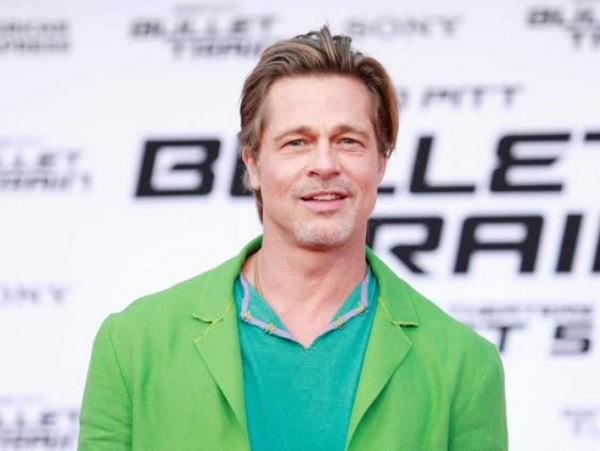 After Nora Fatehi made this revelation, social media users got into action and started reacting on this matter. While many found it difficult to believe it because the “Seven Years in Tibet” actor is neither available on Facebook nor on Instagram, there were many who believed Nora and supported her because they opined that Brad Pitt may have tried to get in touch with Nora Fatehi on one of the premium high class social media sites and few of them even cited examples of Hollywood celebrities who tried to contact models on social media. 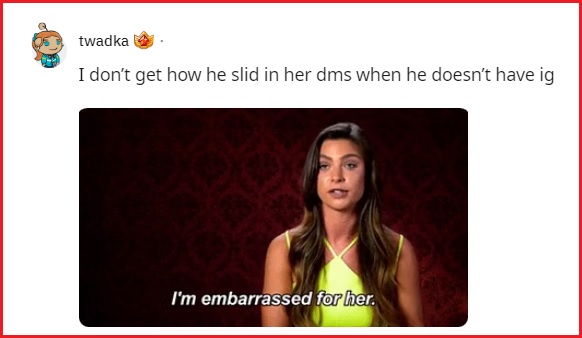 Currently, Brad Pitt is recovering from the pain of separating with his former wife Angelia Jolie and as per reports, he has found solace in sculpting which has helped him overcome from the miserable condition.