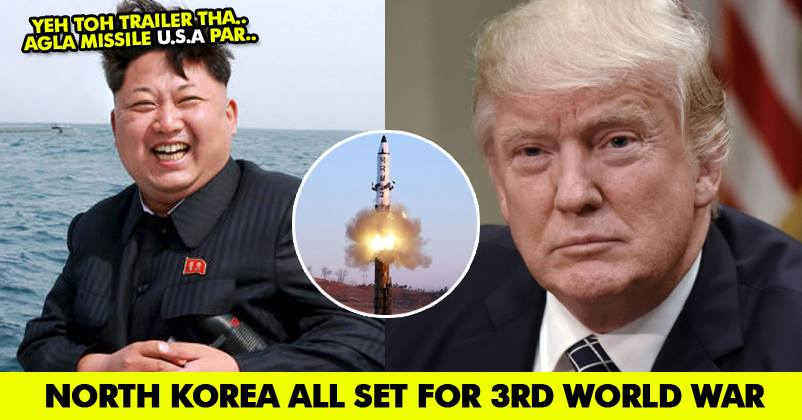 On Tuesday, North Korea tested its intercontinental ballistic missile which was superior to the ones that were tested in July. This one not only flew higher but also covered a longer distance of 600 miles. It flew for 53 minutes after it was launched to the northeast of Pyongyang and landed in the Sea of Japan.

The analysts have warned that the missile had capability to hit the USA and it has further increased the fear of World War 3. 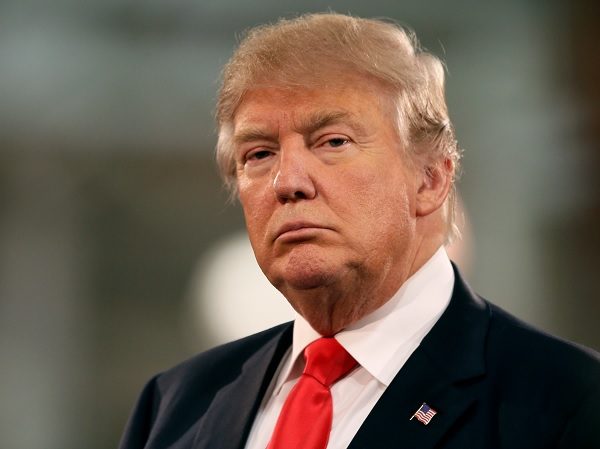 However, the American President Donald Trump who has been pretty vocal in slamming North Korea and its dictator Kim Jong-un was pretty cautious this time.

“It is a situation that we will handle.”

However, Defense Secretary Jim Mattis openly expressed his concerns. As per him,

“It went higher, frankly, than any previous shot they’ve taken. The bottom line is, it’s a continued effort to build a threat — a ballistic missile threat that endangers world peace, regional peace, and certainly, the United States.”

David Wright, a senior scientist for Union of Concerned Scientists, talked about this launch. In his words,

“Reports are saying that the missile test was highly lofted and landed in the Sea of Japan some 960 km (600 miles) from the launch site. They are also saying the missile reached a maximum altitude of 4,500 km. This would mean that it flew for about 54 minutes, which is consistent with reports from Japan. If these numbers are correct, then if flown on a standard trajectory rather than this lofted trajectory, this missile would have a range of more than 13,000 km (8,100 miles). This is significantly longer than North Korea’s previous long range tests, which flew on lofted trajectories for 37 minutes (July 4) and 47 minutes (July 28). Such a missile would have more than enough range to reach Washington, DC, and in fact any part of the continental United States.”

“We do not know how heavy a payload this missile carried, but given the increase in range it seems likely that it carried a very light mock warhead. If true, that means it would not be capable of carrying a nuclear warhead to this long distance, since such a warhead would be much heavier.” 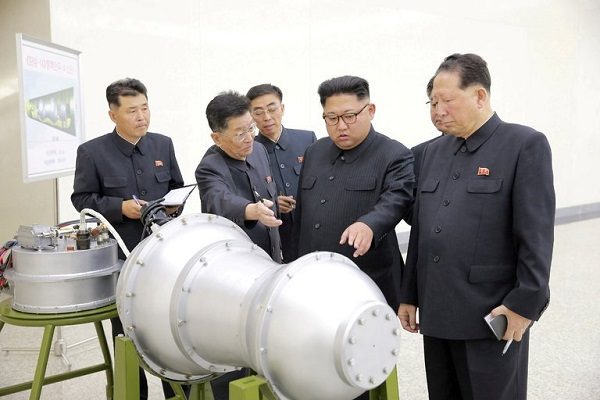 The missile was launched by North Korea at around 3am and in retaliation, South Korea also tested its own missile.

This is what a South Korean military official stated,

“We confirm that we have detected a North Korean ballistic missile launch. The missile is still travelling towards the direction to the East Sea, as we are monitoring right now. North Korea fired an unidentified ballistic missile early this morning from Pyongsong, South Pyongan to the east direction. South Korea’s Joint Chiefs of Staff is analyzing more details of the missile with the US side.”

Do you think that World War 3 is near? Do let us know your views in this regard.

8 Donkeys Jailed For 4 Days. Anything & Everything Can Happen In UP
Supreme Court Supported Padmavati & Warned Leaders Not To Comment Until Censor Board Acts