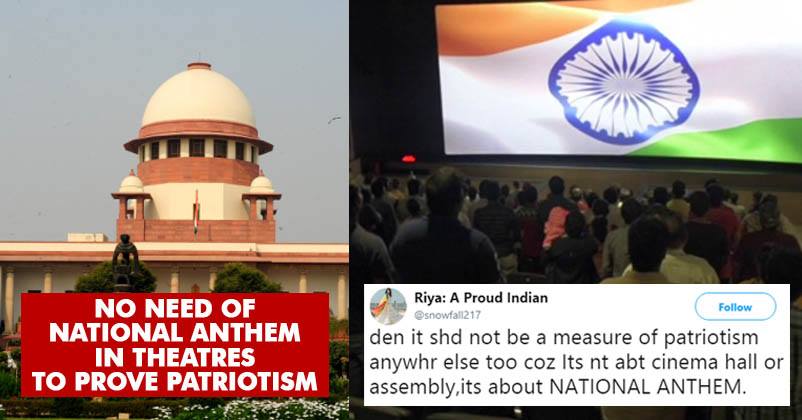 On Monday, the apex court of India gave its acceptance to consider an appeal which is related to making changes in its earlier order which made it compulsory for cinema halls to play the national anthem.  However, the central government differs from the Supreme Court on this move.

The court stated in its order that patriotism should not be forced on citizens and patriotism can’t be infused in the citizens by the orders of the court. It also asked the central government to make amendments in the national flag code to regulate the subject and fixed January 9 as the date till the rules should be framed. 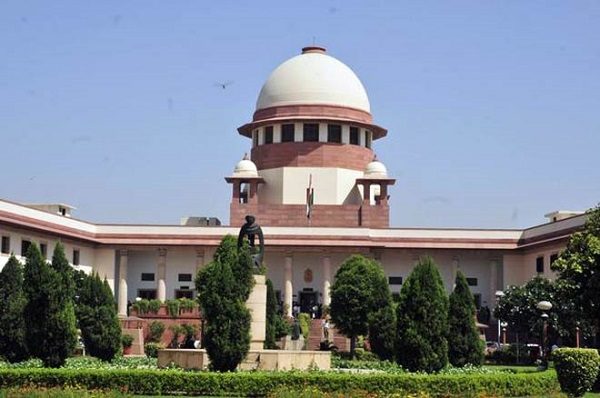 News agency PTI reported that the bench which had Justices AM Khanwilkar and DY Chandrachud and Chief Justice Dipak Misra stated that the central government has to make a decision which should not be affected by its earlier order regarding the playing of national anthem in cinema halls.

Attorney General KK Venugopal represented the centre in the court and said that as India is a diverse country, hence to bring equality, national anthem needs to be played in theatres.

Earlier in November 2016, the SC made it necessary for theatres to play national anthem before the movie starts and it was compulsory for everyone present there to stand up as a gesture of respect. But in Feb 2017, the court made it clear that it is not compulsory to stand up if the national anthem is being played or sung as a part of the movie or any documentary. 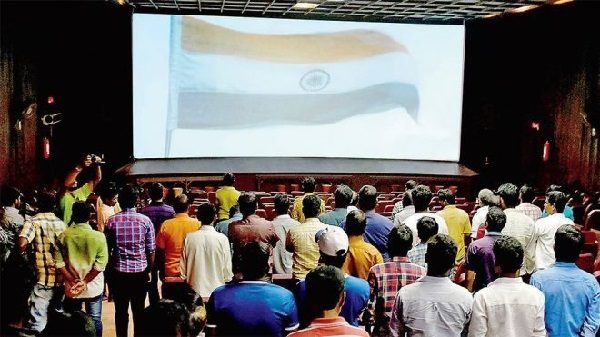 #NationalAnthem is NOT a Bollywood item-number.
Please don't disrespect it by playing it in movie halls.🙏

Is national anthem symbol of patriotism?

Its doesn't mean that If anybody is not stand up on #NationalAnthem he doesn't have any respect for national anthem and he is not patriotic.

SC is mocking it:

Supreme Court making mockery of our national symbol, once it says play it in cinemas n now it's saying, it's not required #NationalAnthem

No need to stand for these judges:

Honoring a nation and its anthem should be mandatory.Standing up for these judges in court room should be an option instead!#NationalAnthem

Many will agree with this:

First of all what’s the need of playing national anthem in movie hall..!!V R there to watch one bullshit(most times) movie. #NationalAnthem

A jibe at Delhi’s odd & even rule:

Fantastic judgement. Wear it on your sleeve don’t need to show by standing up in a movie hall #NationalAnthem

A balance is required:

Brilliant #NationalAnthem judgment by Supreme Court proves that there must be balance between rights and duties in democratic society.

However, there were few who did not have any problem in standing for the national anthem:

If standing for #NationalAnthem in cinema is pain. Remeber soilders are bleeding their blood for you so you can watch peacefully.

I ll always stand up & show the respect for #NationalAnthem wherever the place is that doesn't matter. Patriotism must not compare with ny1.

What is your take on this development in the national anthem matter? Do let us know.