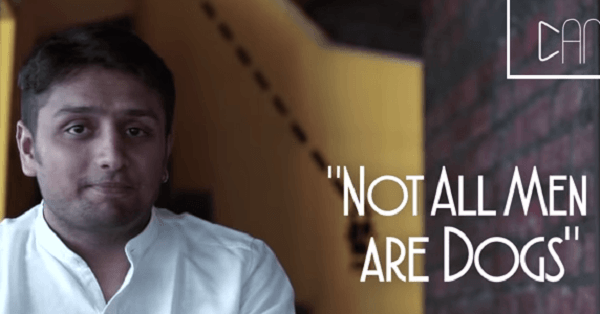 There are men who write lyrics like “Laila teri Le Legi” and then there are men who have written songs like “Aapki Aankho me kuch meheke hue se raaz hai”. Men in India has been generalized to such dangerous level that in foreign countries they are being denied jobs and internships because of the rape problem in the nation.

Once asked from Men what are they most afraid from girls, and the reply was – “Girls will laugh at them”. The day women’s will stop laughing at men for their tactics, men may also stop feeling insecure.

Hey gals! Admit it there are different kinds of men. On One side there are those who enter the ladies compartment deliberately and there are also those who still pulls out the door for ladies. Just because you are seeing more of the former, does not mean the latter does not exist.

Can’t you pull the door? After all what does it take?
Men who enters ladies compartment, may be has gotten late.

Don’t Label them. They are the same people who make you feel special in candle lit dinners, plan surprises for you. Takes responsibility for the family and children.

Watch the video by Cameo Films, where a men is trying hard to explain that All Men are Not Dogs. They just want a bit more consideration.

What you think has tagged men as dogs? Can this thinking be changed? If yes, then how?

India Vs Ireland Mauka Mauka Spoof — Must Watch
This Video Shows That All Indian’s Are Not Rapist. A Must Watch For All Indians