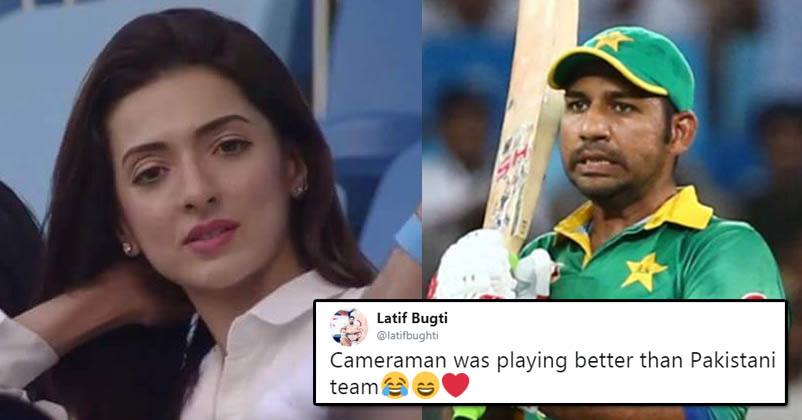 The Indian cricket team has once again defeated its arch-rival Pakistan in the ongoing Asia Cup. In fact, it won’t be wrong to say that in the second encounter, Indian players crushed Pak cricketers. The match was played in Dubai and Pakistan gave a target of 238 runs to India which the team achieved with 10.3 overs remaining.

Shoaib Malik was the highest scorer for Pakistan with 78 runs and there was no other Pak batsman who was comfortable in front of Indian bowlers. Among the Indian bowlers, Jasprit Bumrah, Yuzvendra Chahal and Kuldeep Yadav took three wickets each.

Indian Twitter users were already making fun of Pakistani cricketers after the last match’s defeat but yesterday, Pakistani fans were also so upset that they trolled their own cricketers.

Here are some selected tweets that express the disappointment of Pakistani citizens:

I want to donate PCB and Pakistan Cricket Team in Dam Fund.#PAKvIND

Never expected this cricket by my team.looks like they were already defeated at the start.#PAKvIND #AsiaCup2018 pic.twitter.com/1ZCouY3Vnr

One team that deserved to be out of Asia cup was Pakistan, not Afghanistan. Played like champions with a point to prove #AFGvBAN #PAKvIND

They batted Shit.
They bowled Shit.
They fielded Shit.
Dropping 6 catches is not a bad luck. Its just poor performance.#PAKvIND

@ImranKhanPTI @PTIofficial
Despite being a big fan & voter of you i would like to remind you that being an Ex-Cricketer & World Cup Winner you must focus a little bit on the Pakistani Cricket Team after their poor performance in #PAKvIND in the #AsiaCup2018 pic.twitter.com/LfLZegUBU5

People Trolled Rhea For Posting Cozy Pics With Mahesh Bhatt. She Slammed Haters In Most Epic Way
Pak Fan Got So Angry With Imam-Ul-Haq’s Catch Drop That He Broke His TV. Indians Are Trolling Him