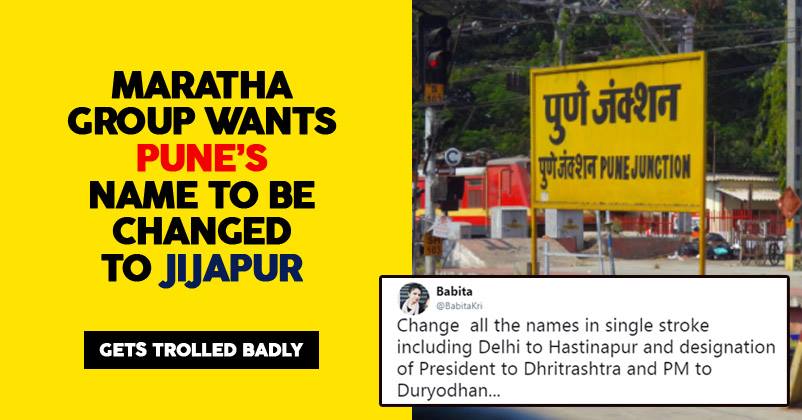 BJP came to power with the promises of development but all they are doing is taking the country backwards by taking the flag of culture restoration in hands. A lot of cities went through the name changes recently and many more are in the queue but it doesn’t look coming to an end anytime soon. 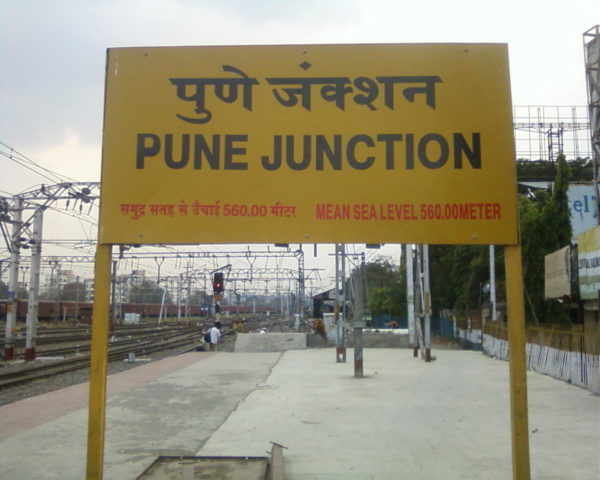 Following the footsteps of BJP, now a Maratha group wants to change the name of Pune as “Jijapur”.

The group named Sambhaji Brigade has put forth their demand of making the big change. They have also supported Shiv Sena’s demand to change the name of Aurangabad to Sambhaji Nagar and Osmanabad to Dharashiv.

Talking about the reason for suggesting Pune’s name change, the president of Sambhaji Brigade told a leading daily that Chhatrapati Shivaji’s mother, Jijamata ploughed the deserted Punawadi’s land with a golden plough in the 17th century from where Pune’s prosperity began.

After the news of Pune’s name change being suggested broke down, Twitterati got really irked. Here’s how they reacted-

1st change the name of Bhosari
It sounds weired

Hadh hai Hutiyape ki and take it from me that Pune will answer you on voting day.

Don’t you agree with the Twitterati?

Continue Reading
You may also like...
Related Topics:India, Jijapur, Pune