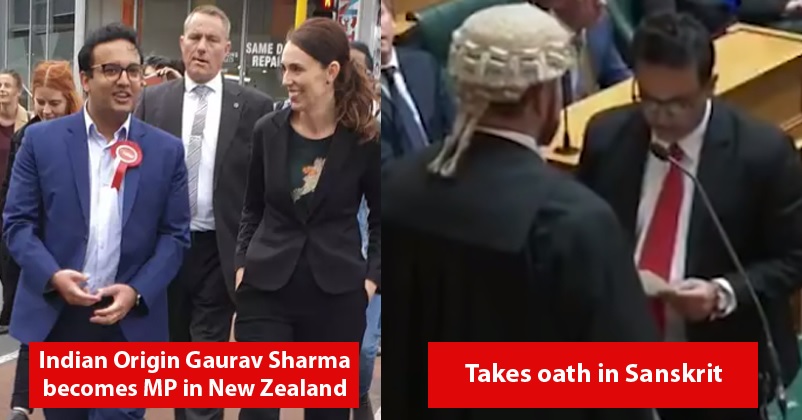 Some Indians are making the country proud even after getting settled in the foreign countries. One such Indian is Dr. Gaurav Sharma, the newly elected Member of Parliament of New Zealand. Gaurav’s family hails from the Indians state of Himachal Pradesh, there was a time when he and his family were homeless but with his hard work and dedication, he first got his medical degree and now he has become an MP. 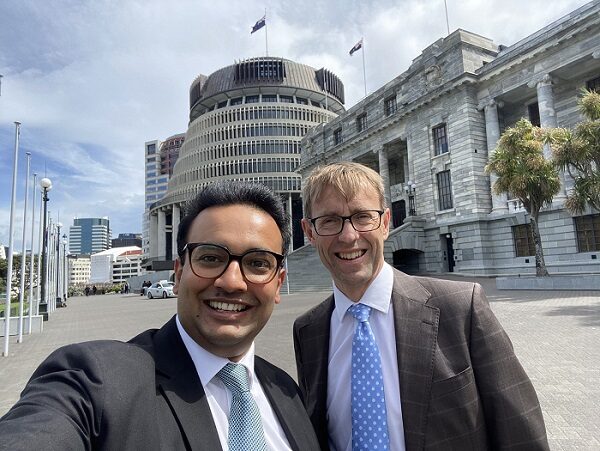 The swearing-in ceremony took place recently and Dr. Gaurav Sharma decided to take his oath in Indian language Sanskrit along with Te Reo, New Zealand’s native language. He posted the video of his swearing-in ceremony on the social networking site Facebook and wrote that he learned Sanskrit language during his school days in India. He further adds that Sanskrit is an ancient Indian language which is almost 3500 years old and it has given birth to many Indian languages. Dr. Gaurav Sharma also writes that he has been informed about the fact that he has become the second person to swear-in in Sanskrit language outside India.

Some netizens questioned him for not taking oath in Hindi and in response, he said that he did think about it but then some could have asked him about taking oath in his first language which is Pahari or in Punjabi. Then he thought that Sanskrit will be perfect as he will be able to pay tribute all the Indian languages, many of which he is not able to speak.

Here is what he tweeted, “To be honest I did think of that, but then there was the question of doing it in Pahari (my first language) or Punjabi. Hard to keep everyone happy. Sanskrit made sense as it pays homage to all the Indian languages (including the many I can’t speak)”.

To be honest I did think of that, but then there was the question of doing it in Pahari (my first language) or Punjabi. Hard to keep everyone happy. Sanskrit made sense as it pays homage to all the Indian languages (including the many I can’t speak) https://t.co/q1A3eb27z3

There is no denying the fact Dr. Gaurav Sharma has made Indians proud by taking oath in Sanskrit and we hope that he will continue doing so with his actions as an MP of New Zealand.

Just to inform you, Chandrikapersad “Chan” Santokhi is the first person who took oath in Sanskrit outside India when he became the President of Suriname in July this year.