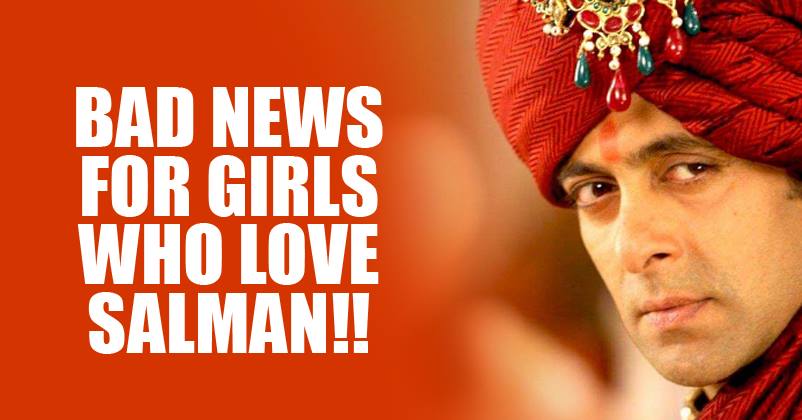 The love life of Salman Khan has always been the main target of Indian media. Be it his love life with Katrina Kaif or be it with Ash, media has always taken a deep interest in his love affairs. Once again Salman’s rumored love affair with Iulia Vantur, the Romanian model is making it to the headlines, every now and then. Although no confirmation has been given by Iulia or Salman about their rumored affair, the duo is always spotted together at various events.

Now, there are many reports stating that Salman might soon tie knot with Iulia. All his fans are eagerly waiting for the ‘Sultan’ actor to get married. And guess what, finally, Sallu Bhai has given confirmation about his D-Day and has declared the date.

Yes, you heard it right! Salman is going to tie the knot on the 18th of November. However, Salman played safe and he didn’t reveal which year he would get married. During the book launch event of Sania Mirza, Salman says “November 18 jo 25 saal se chalta aa raha hai, but which year I don’t know”

Do you know the trend of 18th of November? Well, it happens to be the marriage anniversary of his parents, Salma and Salim Khan, and also of Ayush and Arpita (his sister) Moreover, Salman also laughs off saying that some girls are very happy since he is a bachelor still, while some other ladies are very eager to get him married and see him as a ‘Dulha’. Do you know who the ladies are? Well, it is his mom and sisters.

As of now, it isn’t sure as to when Salman would get married. So guys what do you feel? Which year would Salman get married? Do let us know in our comments section below.

Finally Salman Has Opened Up About Internet Trolls! Here’s What He Has To Say!
Remember Master Bittu, The Popular Kid Who Played Young Amitabh? Here’s What He’s Upto Now