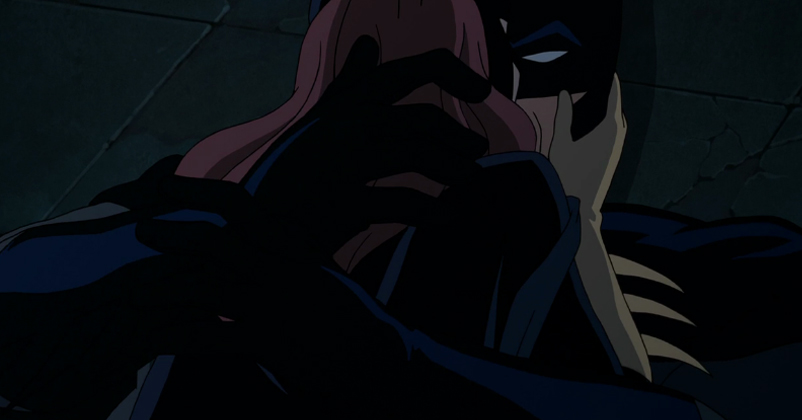 The Joker breaks out of Arkham Asylum and kidnaps and tortures Commissioner Gordon to prove even the most noble people can be pushed to madness. He wants to prove the point that all it takes is one bad day to turn the sanest man alive to lunacy. Joker shoots Barbara Gordon, daughter of the Commissioner, paralyzing her and ending her career as Batgirl. To torture and break down the spirit of Commissioner, he strips Barbara and takes pictures of her. Later he shows those pictures to Commissioner to push him off the edge.

In 2015, at San Diego Comic-Con, Bruce Timm announced that an animated film based on the novel was in development and slated to be released in 2016. The film debuted to a packed house of over 4,000 fans at Comic-Con in San Diego this year. This film adaptation is special for many reasons. The Killing Joke was getting negative attention online, controversy sparked on Friday night when footage from the film leaked before the Comic-Con screening. It was revealed that there includes a scene involving Barbara Gordon/Batgirl (Tara Strong) and Batman (Kevin Conroy) having a sexual encounter. In the beginning of the film, Batman and Batgirl have a love-making scene on the rooftop. It’s awkward due to the fact that Batman and Batgirl have a father-daughter relationship. It’s an unusual pairing because Barbara is shown as the same age as the first Robin, and she has been frequently seen romantically involved with him.

Screenwriter Brian Azzarello and director Sam Liu spoke about the decision to introduce the love-making scene to the relationship between Batman and Batgirl.

“They both make mistakes, but she’s the one who decides, ‘I have to stop. There’s a problem here, and I need to step away from this,'” Liu explained. “I think that comes from an emotional strength. I think she makes the decisions that strong people make.”

“Batman: The Killing Joke” will be available for Digital HD download on July 26, and arrives on Blu-ray/DVD on August 2.

While Everyone Was Busy Celebrating The Release Of ‘Kabali’ This Is What Rajnikanth Was Doing! Unexpected!
Salman’s Reel Life Bhabhi Has Reacted Sarcastically On His Acquittal In Poaching Case