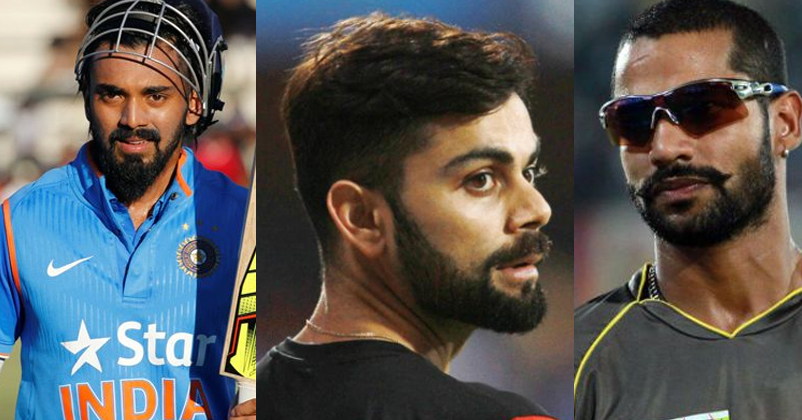 BCCI is the world’s biggest, richest and the most powerful Cricket Board. And it is not happy ! ! Currently Indian players are spending quite a nice time in the Caribbean country West Indies. And by the word ‘Nice Time’, I do mean a real ‘NICE TIME’. Given the kind of stress and pressure that our players go through, it is quite expected out of them to relax a bit.

Here are some of the pictures of our boys having some good time ! ! Another picture posted by Shikhar Dhawan on one of his social media accounts. Have a look at the video where Virat Kohli is seen enjoying his time.

Its really nice to have a sun bath along with a pint of beer, RIGHT ?

Perhaps that’s a BIG NO from the BCCI side. According to ‘THE HINDU’ newspaper, BCCI asked the Indian Players to try to act like role models for the kids of our generation.

BCCI is not happy with players posting their pictures where they are seen posing with beer bottles and many alcoholic products.

“Some of the BCCI officials aren’t happy with players posting such images on social media. There has been no written communication, but the manager has been asked to send a message to the players to ensure that nothing that could set a bad example should be posted online,” the newspaper quoted a BCCI “insider” as saying on Saturday.

There have been news about another official stating that, “Many kids blindly follow the star cricketers’ actions on and off the field, so our boys have got to always keep that in mind. They should always consider the sense and sensitivities of Indian cricket fans,”

However, the picture that was uploaded by KL Rahul has been deleted after BCCI sent an ‘ADVISORY STATEMENT’ through team manager Riyaz Bagwan.

India Team is currently playing a 3 day warm up match against the West Indies Cricket Board President’s XI in Basseterre, and are in firm control of the proceedings. Thanks to the all-round performance of Ravindra Jadeja.
Karnataka Player KL Rahul, one of the players in question, has struck 2 consecutive half-centuries in practice games in the tour so far and is looking all set to seal his spot in the main playing XI for the 1st Test that starts on 21 July.

Do you think that it was ‘OKAY’ from BCCI’s part to interfere into the player’s personal life off the field or was it necessary to keep an eye on what they do off the field.

OMG ! ! Someone Cheated M.S Dhoni And He Is In No Mood To Forgive ! !
Rahul Gandhi Booed Again By Modi Supporters During Vijender Singh’s Fight At Thyagraj Stadium