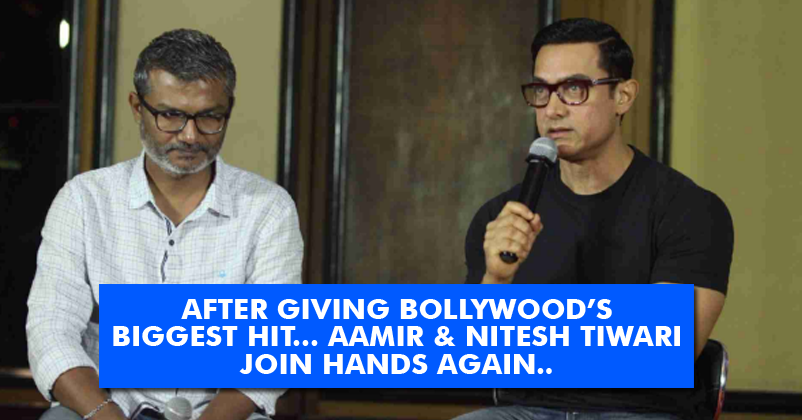 Aamir Khan starrer “Dangal” broke many records, making place in the list of the biggest blockbuster movies and Nitesh Tiwari, the director of the film, already began to work on the next venture. This is what a source revealed, “Nitesh has locked his script and the film will be produced jointly by Ronnie Screwvala, Siddharth Roy Kapur and Karan Johar. Nitesh is keen to cast Aamir Khan in it again as he loved working with him in Dangal but Aamir is busy with Thugs of Hindostan and can start the film only next year.”

The joint project of Nitesh and Aamir, i.e., “Dangal” hit theaters on December 23 and was widely acclaimed by fans and critics alike. The biopic was based on the real life story of wrestler Mahavir Singh Phogat and his two daughters Geeta and Babita who also opt for wrestling despite the resistance from society and eventually make the nation proud by winning a number of medals. All the characters of the movie were highly praised for their performances and they deserved it, without a doubt. Mr. Perfectionist went through drastic transformation for playing the role of a retired wrestler. He put on kilos to brilliantly portray the character but in the scene where his days of wrestling were shows, he worked on himself and lost weight and didn’t make use of any body double. Not only Aamir but also Zaira Wasim, Suhani Bhatnagar, Fatima Sana Shaikh and Sanya Malhotra acted their roles to the perfection and not to forget the mention of Sakshi Tanwar who played Aamir’s wife in the flick and left an everlasting impression on audiences. “Dangal” was easily able to earn more than Rs. 350 crores and is still running in some theaters of the country.

Previously during a media interaction, Nitesh Tiwari disclosed that Dangal’s script was so impactful that Aamir said ‘Yes’ for it in the first narration only and this is the first ever movie for which he has done so!

Are you excited for the due to team up again?