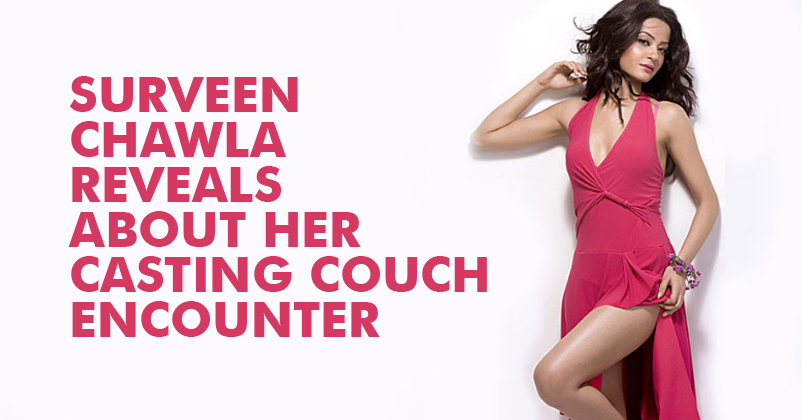 Casting Couch is not a new terminology in our Film Industry and neither to us. We all know how dark and shady the reality is. Recently there have been a lot of reports claiming that actors and actresses go through such circumstances just so as to get a role in a movie.

Directors, Producers and many other people are a part of such heinous act of exploitation of artists who come into this Industry with big dreams and career goals.

Now this exploitation has come to a point where if it’s claws still haven’t reached to any actor or actress, then they consider themselves ‘LUCKY’.

Recently in an interview, Hate Story 2 Star Actress Surveen Chawla revealed some chilling realities about casting couch which many actors shy away when they are asked about it. Although she claims that she hasn’t experienced such sort of exploitation in Bollywood. But states that the condition down in South Indian Movie Industry is worse.

This is what Surveen Chawla told IANS over phone from Mumbai.

She also said that she hasn’t really been “desperate about work”, but rather has been “desiring about work”. She also dismissed many rumors about her getting involved in such kind of acts.

“But (I am) not desperate to give in to anything to barter myself in exchange of work…I am too much in love with my dignity and self-respect. Work will bring me work and that’s my motto,”

According to Surveen Chawla, Casting Couch in Bollywood existed decades ago. “In my experience I can only comment on what I have been through . I have not had one single influence of casting couch, which goes a lot to say about the progress that Bollywood has made.”

When she was asked about the position of women in our Bollywood Industry, she was quick to react on this and further proceeded by saying,

“I think there are far more stronger women and makers who understand that their love is to make cinema and whoever fits well should be a part. So it is a great progression Bollywood has made”

Now that’s a very strong character that she showed by opening up her views on casting couch in an age where all the artists are too shy to talk about it. We wish her luck for her upcoming projects.

Did Whatsapp Honour Rajanikanth With An Emoji? Here Is Our Fact Check!!
Model Says Mika Singh Molested Her! He Filed Counter Complaint And Confused The Police!