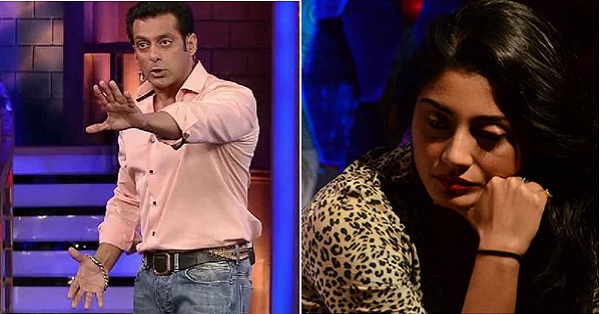 It happened when Salman Khan decided to pull a prank of Rimi Sen on the reality show, Bigg Boss Season 9. It was becoming a bit difficult for Rimi Sen to cope up with the emotional turmoil inside the house of Bigg Boss. Even after being popular out the house, she was facing trouble in maintaining harmony at home. In order to lighten up and motivate Rimi Sen, Salman Khan went ahead and told her that she had made it to the finale, won the ticket to stay till the finale of the show, Bigg Boss Season 9. After realising that it implied she will be in the house of Bigg Boss for next 3 months, Rimi Sen broke down emotionally and held the production house Endemol responsible for “torturing” her during her stay.

The atmosphere lightened when Salman Khan revealed that it was just a prank. He also motivated Rimi Sen, as she aspires to be Director, she will have to deal with all kinds of people. He also mentioned, the stay in the Bigg Boss house will make her mentally stronger. His motivation finally brought a smile on the face of broken Rimi Sen.

Second Contestant Just Got Eliminated From Bigg Boss Season 9, It’s Not The One Everyone Expected
OMG! These 12 Bollywood Couples Did A Movie Together After Breaking Up