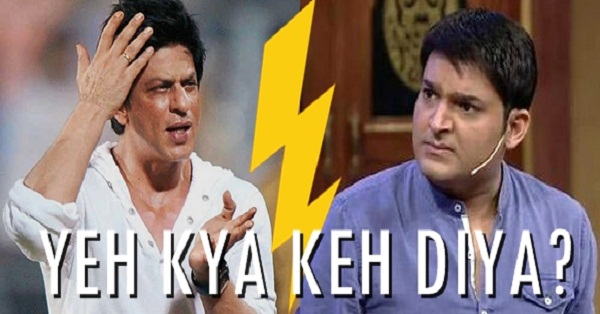 Kapil Sharma, the king of comedy. Once a struggling artist, and now the most popular and entertaining TV face. Kapil Sharma is set to make his debut in the Bollywood by his first Bollywood film, Kis Kisko Pyaar Karoon which is all set to hit screens tomorrow. Directed by Abbas Mustan, the film stars Kapil in the lead role, along with Arbaaz Khan, Elli Avram, Varun Sharma, Jamie Lever. The Dilwale team was in Hyderabad completing the final phase of the film shooting. Kapil Sharma, along with Varun Sharma who were in Hyderabad for the  movie promotion arranged a special screening of the movie for the Dilwale team. It looks like Kapil Sharma’s acquaintance with the Bollywood A-Listers has not gone in vain. Kapil’s show Comedy Nights With Kapil has been known as a platform for the celebrities to promote their movies. Comedy Nights With Kapil has been an instant hit, and is responsible for giving Kapil Sharma the long-awaited break that he needed. Shahrukh Khan, who has been a guest on Kapil’s show numerous times, has always been a fan of the comedy king. After being given an opportunity of the special screening of the film, Shahrukh was more than happy. Shahrukh thoroughly enjoyed the movie, and was so impressed by Kapil Sharma’s acting in the upcoming comedy hit. He even took it to the twitter and expressed his experience of watching the hilarious flick, he said he loved the movie. He congratulated the actors, and the director Abbas Mustan for making an awesome movie. He called the movie a “Laugh Riot”.

Kapil Sharma was so glad after reading SRK’s tweet about appreciating the movie. He was so thrilled by the King Khan’s tweet praising the film, that the Komedy King himself took it to twitter. Kapil Sharma said that he doesn’t have words to express his feelings.

This Launch Party Video Of “Andaz Apna Apna” Every Fan Of This Movie Should Watch
Over 800 Dead & 1000 Injured. Helpline Numbers For Makkah Released