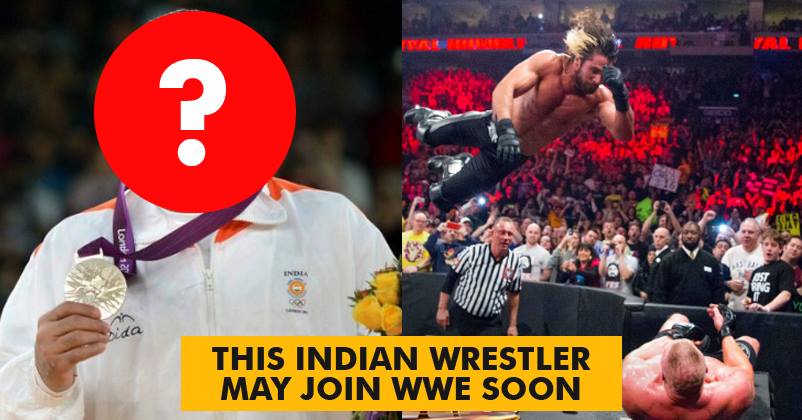 We all remember how ‘The Great Khali’ single handedly took ‘The UnderTaker’ for a stroll. It was indeed a beautiful sight to watch an Indian fighter making his presence felt in an arena where no Indian ever qualified to bare stand. But the time has now changed and we can possibly look forward to see one of our favourite wrestlers into the same ring fighting against some of the finest fighters in the world. It is the 2nd time Olympic Medallist Sushil Kumar who is expected to crack this opportunity and make his debut inside the WWE ring during the later stages of 2017. The hints of selecting Sushil Kumar as one of the contenders for WWE was hinted by Canyon Ceman, who is the head of talent development in the WWE. He is scheduled for a meeting with Sushil Kumar in New Delhi to negotiate further over a deal. The deal is expected to be worth Billions. “We are exploring all options for Sushil to get into professional wrestling and are in talks with WWE. I can’t obviously give you internal details of when we are meeting etc, but I can confirm that Sushil is very much interested in growing a Pro Wrestling career now,” Raman Raheja, an official from a sports management firm associated with the Indian wrestler. If Sushil Kumar cracks this deal, then he would not be the only one to do so. Last year, Vijender Singh had also decided to move over from amateur to pro boxing which in turn improved his skills and technique. Since then he has been dominating in the world of Boxing. We would expect the same from Sushil too, if he opts for it. Sushil Kumar had lately missed the RIO OLYMPICS 2016 as Narsingh Yadav made the cut in the 74kg weight division. It will be interesting to see him perform in WWE and sending out a tight & perfect reply to everyone who doubted his potential and his ability for a comeback. What are your views about this ? Share your opinion in the comment section below.

This Leading Newspaper Had ‘Randi’ Instead Of ‘Ranji’ Trophy! Twitterati Went Crazy…
Sehwag Has Invited Everyone To His Birthday Party! You’ll Love His Twitter Invitation!