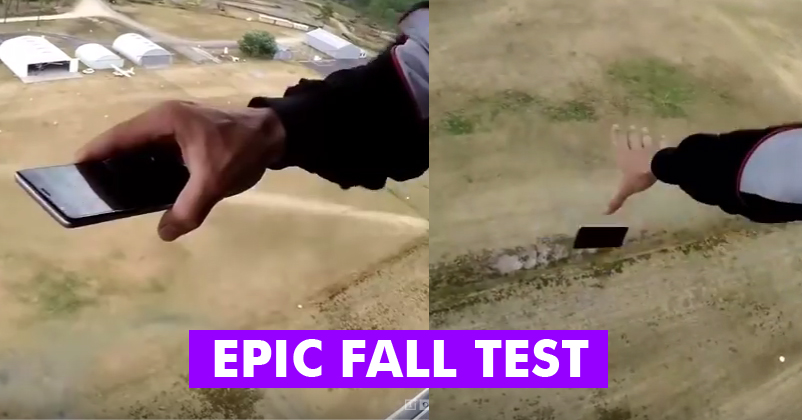 Just Recently skydiver Luke Aikins took the internet by storm after uploading a video where he was seen jumping from over 25,000 ft without any parachute and falling right into the nets. He was indeed the daredevil and had the spine of steel. But, in the same manner, in the world of Flagship Smartphones, where the product’s durability is more important than its marketing, One Plus 3 has created an epic jaw dropping drop test which is quite hilarious in its own way.

Yes, they dropped it from 750 feel height.

The video was shot in Mimizan, France on July 29, 2016 – just a day before skydiver Luke Aikins attempted his daredevil stunt.

Catch This video and believe it if you can ! !

However, we should not ignore the fact that the landing site was fully covered with grass which is quite soft as compared to our day to day phone’s falling site i:e a concrete slab or floor tiles or staircase etc. So this drop test was indeed epic given the fact that the drop height was an insane 750 feet. But the factor affecting the drop test also depends upon the surface on which the smartphone falls on.

Anyway, even if I was given a chance to go for such a drop test, I would have rather jumped and saved my phone. You really need guts to go for such experiments no matter if you are heavily sponsored and backed by the same mobile company.

Continue Reading
You may also like...
Related Topics:750 feet, drop test, height, one plus 3, result

Your Smartphone Fell In Water? Don’t Panic; Just Follow These & It Will Be Like New
What Happens To The Human Waste After It Is Flushed In An Airplane