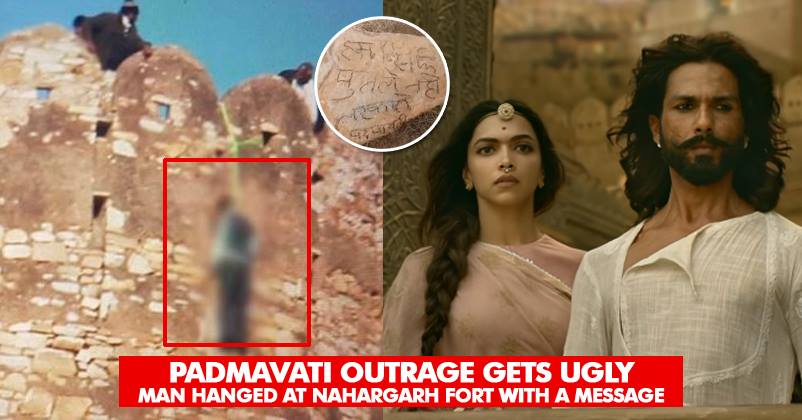 Padmavati protests are on a rise; sadly, they are getting way too dangerous. After issuing threats against Deepika Padukone and SLB, a new violent incident has come to light. This time, the protests have claimed a life!

If reports are to be believed, a dead body was found hanging in Jaipur’s Nahargarh Fort. Anti-Padmavati messages were written on that dead body. The message read, “Hum Putle nahi Jalate, latkate hain”. It also had the message, “Padmavati Ka virodh”.

Currently, police is investigating the spot. However, there’s no clarity yet, whether it was a suicide or a murder. The person’s Aadhar card was found in his pocket and was identified as Chetan Kumar Saini. Police reports say that a plastic wire was used for strangling him.

People had doubts that this is again an act of Karni Sena, however, a member Mahipal Singh Makrana gave clarification and denied their involvement. He said,

“This is not our way of protest. I want to tell people not to resort to such methods”.

And these are the pics… 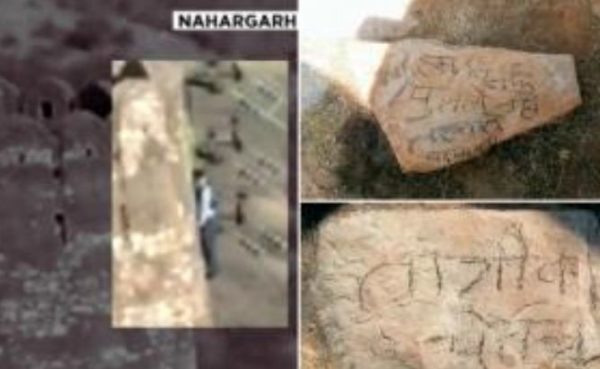 This isn't cool #KarniSena
Dead body with anti #Padmavati slogans found in nahargarh fort jaipur, with a message inscribed on the rocks next to the body which read "Hum Sirf Putle Nahi Latkate- Padmavati"#PadmavatiControversy #PadmavatiFight pic.twitter.com/k6fAFe2v6r

Dead body of a man found hanging in Nahargarh fort. Writing on the rock: we don't just hang effigies, Padmavati. This has gone too far.

There are bigger issues!

Dead body with anti-'Padmavati' slogans found in Jaipur fort https://t.co/V0vCzjjugh
-via @inshorts
This is height !! #padmawati
Kill yourself or somebody for rape victims too. There are bigger issues in this country !!

More details will be out once the investigation is complete. Let us wait and watch.