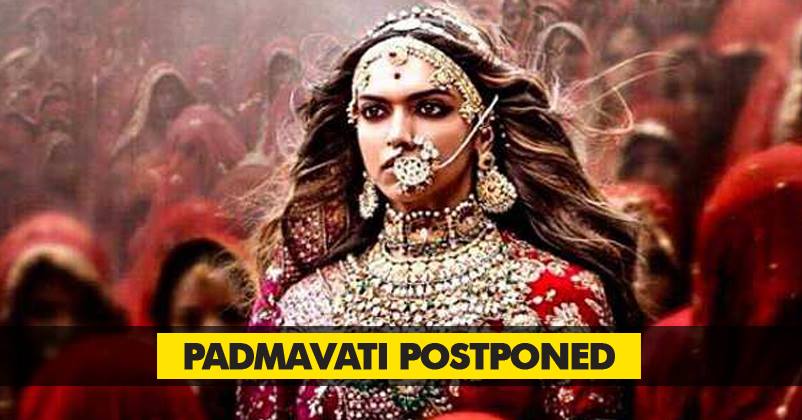 Padmavati has been surrounded by loads of controversies. There are protests all over the country; Karni Sena members believe that the film has distorted historical facts and has portrayed Rajputs in a negative light.

Even CBFC sent back Padmavati, further causing delays. Deepika received open threats about her nose being chopped off or she being beheaded if she fails to leave the country. Tensions are on a rise! 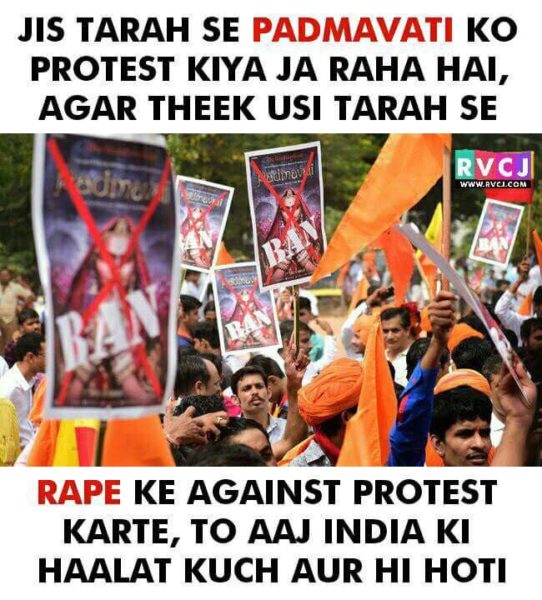 Finally, the makers have taken a drastic decision. They have wilfully postponed the release of the film. Padmavati was supposed to hit the screens on the 1st of December, but now, due to the controversies surrounding it, makers have pushed the date forward.

Makers said that postponing the release date is the best decision they can take at this moment. They also said that they totally respect the statutory bodies i.e. CBFC and others and will wait for the clearance.

As of now, the new date has not be announced. This is what Taran Adarsh has tweeted; 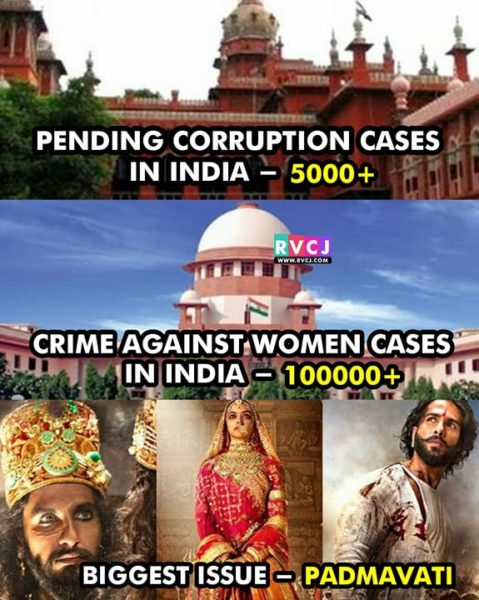 Spokesperson of Viacom 18 released an official statement which read,

“The studio has voluntarily deferred the release date of Padmavati from December 1, 2017. Along with Sanjay Leela Bhansali, amongst the most gifted film makers of his generation, Viacom18 Motion Pictures has created a beautiful cinematic masterpiece in ‘Padmavati’ that captures Rajput valor, dignity and tradition in all its glory. The film is an eloquent portrayal of a tale that will fill every Indian with pride and showcase our country’s story-telling prowess across the globe. We are a responsible, law-abiding corporate citizen and have the highest respect and regard for the law of the land and all our institutions and statutory bodies including the Central Board of Film Certification. We always have and are committed to continue following the established procedure and convention. We have faith that we will soon obtain the requisite clearances to release the film. We will announce the revised release date of the film in due course. We stand firm in our commitment to tell endearing tales that resonate with our audiences the world over as we have in the past with our other projects such as Toilet: Ek Prem Katha, Queen, Bhaag Milkha Bhaag and many more.”

Let us wait for the new release date now. Do you think controversies will come to an end?

Continue Reading
You may also like...
Related Topics:Padmavati release

Priyanka Is Offered Big Amount For 30-Min Performance Which Top Actresses Don’t Get For Whole Film
This Is What All Miss World Manushi Chhillar Has Got Along With Title. Lucky Girl