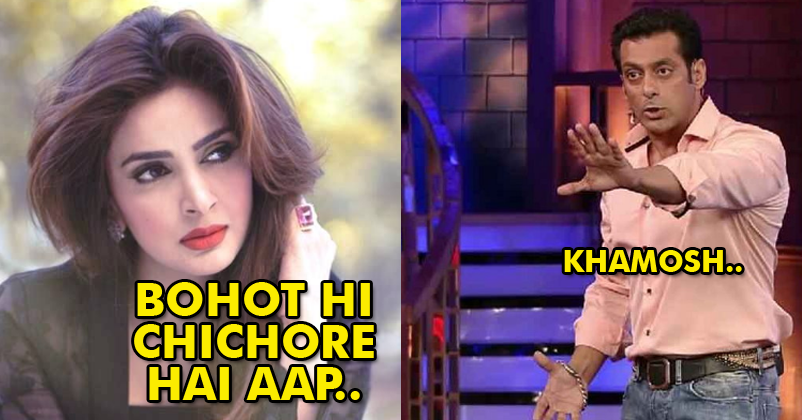 It seems the enmity between India and Pakistan will go on for years; even the film industry has witnessed a major impact of sour relations.

It has been decades now, but this ongoing war has no end!

Recently, we saw a fresh controversy after Uri attacks; Pakistani actors were banned from working in India, while Indian films were banned in Pakistan. After this, even the cultural exchange had stopped and there were many who were trying to find a way out. Finally, the ban on Indian films ended with Kaabil’s release.

We have seen Mahira Khan, Fawad Khan and other Pakistani actors displaying their skills in B-Town. After them, it is Saba Qamar, who is all set to make her debut in Bollywood. She has signed a film opposite Irrfan Khan and very soon, we will see her on big screen. But wait; amidst all this, a video of Saba is going super-viral…

In this video, the actress is openly talking bad about Bollywood biggies; she left insulting comments for Salman, Hrithik and Emraan Hashmi.

When asked about doing a film with Emraan, she says she wants to avoid oral cancer, and when asked about Salman, Saba says “I don’t know this chichora”. Even Hrithik wasn’t spared; he got the title “Do Bachcho ka baap”.

Check out this video…

I am sure after watching this video, you might be very frustrated with this actress. What’s your take on this? Do share in our comments section below.

8th Day Collections Of Jolly LLB 2 Are Out! Numbers Hint Towards A BIG Weekend!
OMG ! ! Kangana Wanted To Slap Sugandha Because She Did This On Kapil Sharma’s Show!