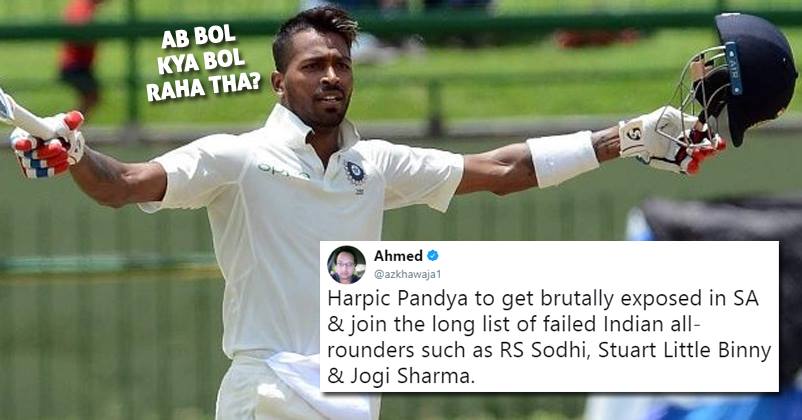 The India cricket team may have lost the first test match against South Africa but Hardik Pandya has made his presence felt, not just with the bat but with the ball as well.

Indian cricketers have a reputation of performing well at home but not able to repeat their performances overseas and because of this, many players get criticised and slammed on social media.

However, one Pakistani cricket fan felt that he can see the future. He went on to make a prediction about Indian cricketer Hardik Pandya and his performance in South Africa. 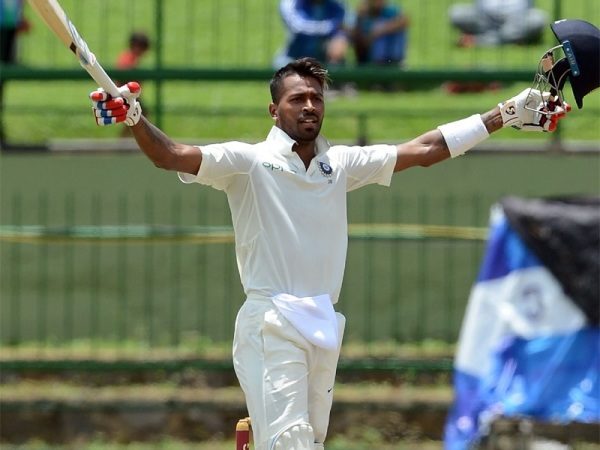 His name is Ahmed and on December 10, 2017, he tweeted that Pandya will get exposed in South Africa. He added that Pandya would become a part of the list of failed Indian all-rounders such as RS Sodhi, Stuart Little Binny & Jogi Sharma.

However, Hardik Pandya performed brilliantly with ball and scored 95 runs of 93 balls. He also had a partnership of 99-runs with Bhuvaneshwar Kumar.

Indian Twitter users got back at Ahmed and trolled him mercilessly for his statement given in the past. Here are selected tweets:

Looks like you remember Joginder Sharma for longer time than us.
Oh wait, Misbah c Sreesanth b Joginder 😂 how can u forget?
Btw fyi,he was never considered an all rounder

What weed are you on ? i'd like to have some!

A jibe at Kashmir issue:

Who is this Nostradamus.? Does he know anything about cricket….

A dig at World Cup:

hello first teach how to take catches to your team

We hope that team India performs well in the remaining test matches as well.