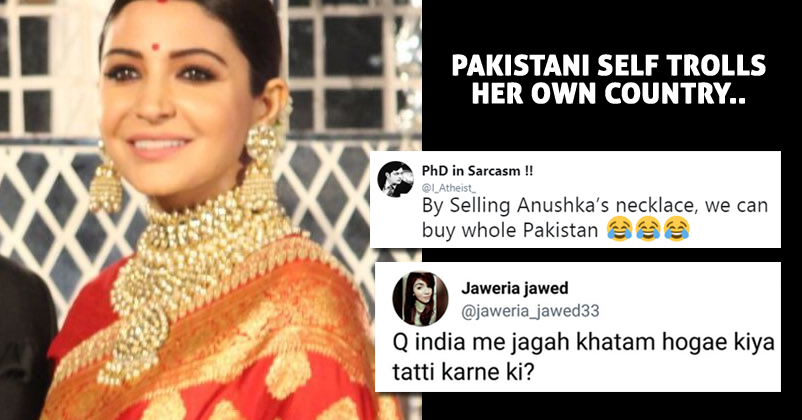 If you want to know what is happening in the world, you just need to log in to your Twitter account and you will see all the important events trending on the micro-blogging site. One event which trended a lot was Virushka’s marriage and their receptions. The couple got married secretly in Tuscany, Italy, and shocked the whole world by confirming their marriage on their social media accounts; however, many were already expecting this wedding to take place so it was overall a pleasant surprise for fans of the couple.

Twitter got flooded with reactions on their marriage, their honeymoon and their receptions as well. The first reception was in New Delhi while the second one was in Mumbai. In the first reception, Anushka was dressed traditionally and also wore a beautiful Sabyasachi necklace. 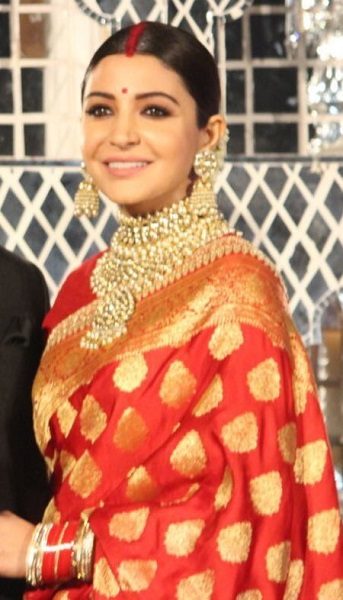 A Twitter user shared a close-up photo of Anushka from Delhi reception and highlighting the worth of the necklace worn by her, the Twitterati wrote, “By selling Anushka’s necklace, we can buy whole Pakistan”.

By Selling Anushka’s necklace, we can buy whole Pakistan 😂😂😂 pic.twitter.com/YDmoZZdTfr

The caption irritated a Pakistani user and she responded in a manner which indirectly referred Pakistan as a loo or a toilet. She wrote, “Q india me jagah khatam hogae kiya tatti karne ki?”

An Indian Twitter user shared the screenshot of the tweets and tagged the girl with caption, “@jaweria_jawed33 Self trolling taken to a different level. 😹😹😹” 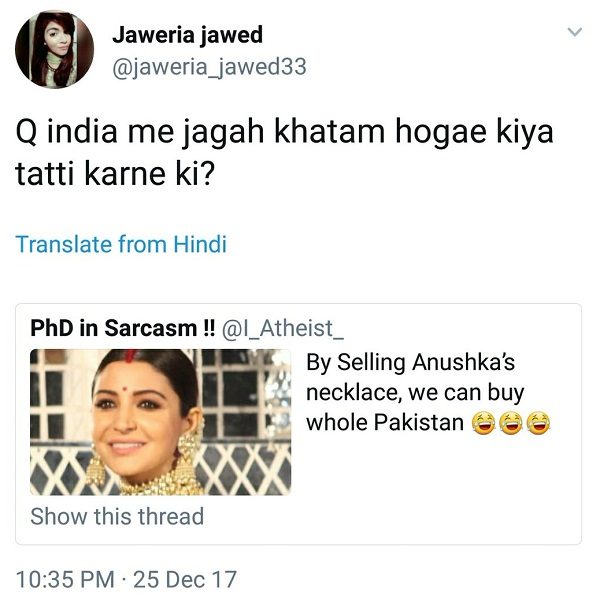 [email protected]_jawed33 Self trolling taken to a different level. 😹😹😹 pic.twitter.com/8zMMBFA1tK

Twitter crazily reacted over it and here are some of the selected tweets:

Pakistani or unke chutiyappe
Still a better lovestory than notebook

A jibe at Pakistani’s English:

U know the real worth of ur nation, that is pakistan

Who has better idea of a nation? Obviously the one who is living there.. 😀

Who has better idea of use of Pakistan than pakistani.. let’s buy it start tatti over there.

She didn't get it. She actually RTd pic.twitter.com/bMzoiZnBye

What do you have to say about the whole incident? Let us know.