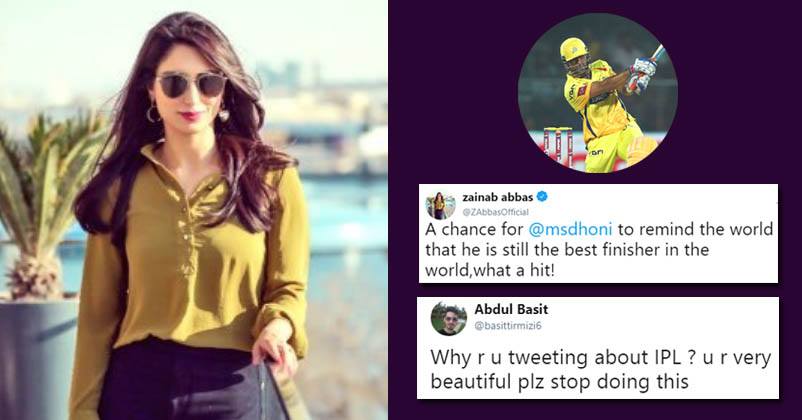 Dhoni is loved by one and all. He is indeed a great finisher and no one can deny that, isn’t it? Not only does Mahi get love from India, but he gets appreciation and praises from across the border too.

IPL is going on currently and even Pakistanis enjoy it. They can’t stop lauding Dhoni for the way he has played in the recent matches.

A Pakistani sports journalist Zainab Abbas couldn’t control her emotions when she saw Dhoni finishing off in the best way in the match against RCB. She couldn’t stop herself from tweeting about Dhoni’s excellent batting. 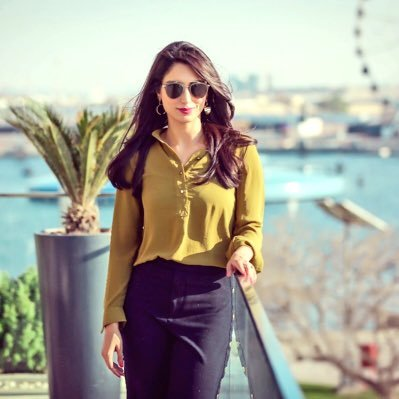 This is what she tweeted;

A chance for @msdhoni to remind the world that he is still the best finisher in the world,what a hit!

“A chance for @msdhoni to remind the world that he is still the best finisher in the world,what a hit”

Seeing this tweet from Zainab, Pakistanis just couldn’t digest it. They slammed her left and right for speaking good about IPL. They felt that since she’s a Pakistani, she shouldn’t praise Indian Premier League.

WTH u r promoting them when they don't want to play with us, they want to isolate Pak in every field.. You showed that personal interests r always bigger than the country's pride shame on u…😡😡

Joke of the day…😹

shame on all that liberal elites who use our own Pakistani plat form and support and follow this enemy countries league this zionist Hindu broke your country…does not want to pick the number 1 t 20 ranked team (Pakistan) in their league…no bilateral series laanat zanab par!

In the league like IPl against the 3rd class balling ,batting pitches our super talented, God father of cricket Umar akmal can be the world's best finisher😛😛

Don’t know what trollers are upto. Should we bring India-Pakistan between sports too?

Australian Journalist Calls Gautam Gambhir A Terrorist. Indians Slammed Him Left And Right
Famous Astrologer Predicts The Team That Will Win IPL This Season. Is It Your Favorite Team?