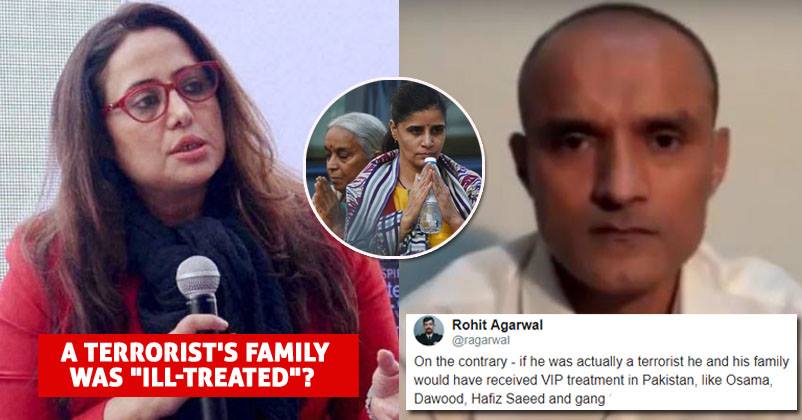 There is no denying the fact that Pakistan has failed as a nation and it has now become a country which is known for exporting terrorism. The inhumane treatment given to Kulbhushan Jadhav’s mother and wife has once again proved that Pakistan has no intentions of improving its relation with its neighbouring nation India. 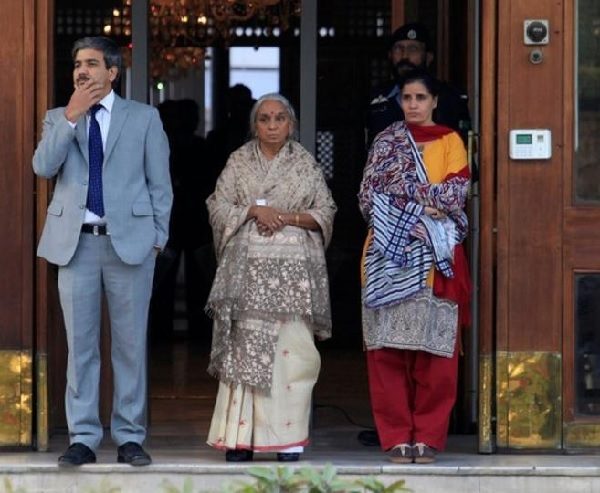 Kulbhushan Jadhav, an Indian citizen, is in the custody of Pakistan and a military court has sentenced him death punishment, alleging that Jadhav has been involved in spying activities against Pak. Jadhav is in Pakistani jail for nearly 20 months and in this duration, Pakistan didn’t allow Indian authorities to meet him. However after a lot of drama, it permitted Jadhav’s mother and wife to meet him but the manner in which the meeting was conducted by Pak was indeed very shameful.

Both the ladies were made to change the clothes and they were also forced to remove their mangalsutra, bangles and bindi which initially made Jadhav think that his mother has become a widow. If this was not enough, Pakistani authorities refused to return the shoes of Jadhav’s wife and stated that there is something metallic in it and the shoes have been sent for forensic testing. 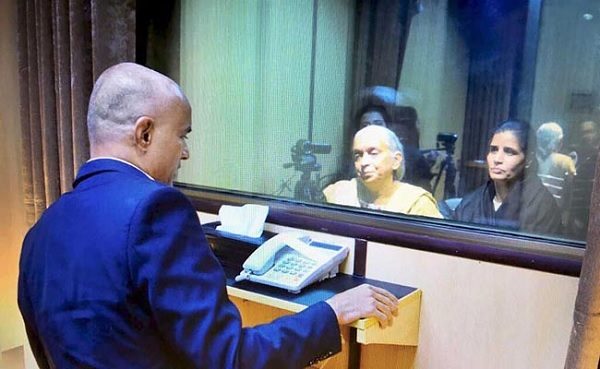 India’s External Affairs Minister Sushma Swaraj also slammed Pakistan for the ill-treatment meted out to Jadhav’s mother and wife and said that the allegations about the shoes are baseless as she has gone through the security checks of two airlines. 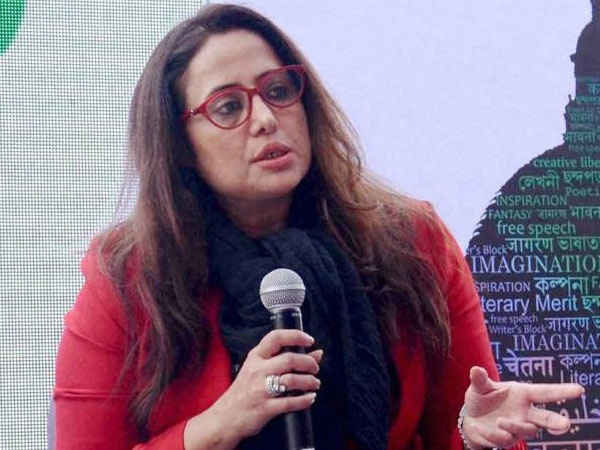 “A terrorist’s family was ‘ill-treated’?

India treats Pakistan worse than anything yet cries hoarse about Pak’s “injustices”.

A terrorist's family was "ill-treated"?

India treats Pakistan worse than anything yet cries hoarse about Pak's "injustices".

Indians trolled her left and right leaving no place for her to hide. Here are some tweets:

He has not been proved to be a terrorist by any civilised court:

Excuse the world! He hasn’t been proved to be a terrorist by any civilised court except for your Kangaroo military court in your banana republic! The entire world saw how ridiculous u looked b4 the ICJ! Why do believe India is obliged to allow Pak artist work n India?

If Jadhav is a terrorist, who are these?

A terrorist ?? What an irony you provide safe home to Osama uncle, dawood chacha, mulla Umar, haffeez sayeed and a lot more, I can't even name them here. Have the audacity to stoop and treat them exactly how you treated jadhav's kin.

If he was a terrorist, he would have been given VIP treatment in Pakistan:

On the contrary – if he was actually a terrorist he and his family would have received VIP treatment in Pakistan, like Osama, Dawood, Hafiz Saeed and gang https://t.co/dv8SN96nAq

Firstly get you facts right:

Ma'm get your facts right
He was kidnapped from Iran
Kangaroo court like the one in which you hung your own Late PM ZA Bhutto .
& Now this ? https://t.co/KZBztlR6b1

Are all the self styled heros of Pakistan not the murderers ? Why not same behavior with them ? Look who is talking about terrorists? Do you remember kasab, India identifies her citizens you ran away and weren't even recognize your own citizen. Shame shame

U start by referring jadhav as a 'terrorist' .. and conveniently skip the large terror export from pak while discussing treatment of citizens.

So now the judgements on who is a terrorist is given by public of porkistan. No wonder beggar nation is turning into a terroristan with people therein behaving like extremists & @pid_gov stealing chappals
#ChappalChorPakistan@ShashiTharoor @SwetaSingh_1

Nothing can be expected from Pak:

We do not even expect "humanity" or "good behavior" by a terrorist country and journalist of that https://t.co/19pbVrAkyA are also a woman & u must know the pain of a mother or wife very well but you belong from a terrorist country, it will have some effect.

WhatsApp Will Stop Working On These Smartphones After December 31, 2017. Is Your Phone In The List?
60-Yr Man Rapes Two Minor Girls & Gives Them Rs 5 Each Not To Reveal. Where Is The World Heading?