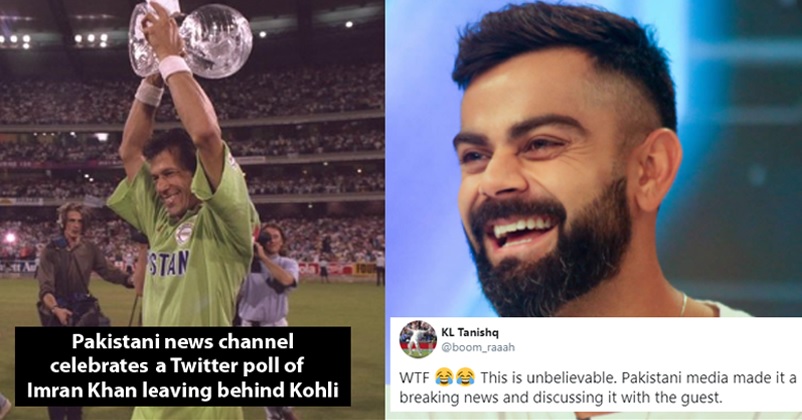 The rivalry between India and Pakistan is not only on the border but also on the sports field, especially in the game of cricket and now this rivalry has reached the micro-blogging site Twitter as well.

There is no denying the fact that the current Prime Minister of Pakistan, Imran Khan is one of the best cricketers of all times and it was under his leadership that Pakistan won the Cricket World Cup 1992. Imran Khan may be slammed a lot when it comes to his achievements as the Prime Minister of the country but when it comes to cricket, nobody will deny that he has been one of the best skippers that Pakistan has ever had. 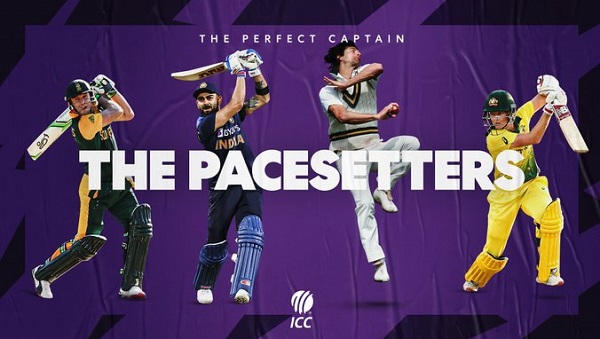 Captaincy proved a blessing for some extraordinary cricketers 🧢🏏

Their averages improved as leaders 📈

You decide which of these ‘pacesetters’ were the best among these geniuses! pic.twitter.com/yWEp4WgMun

Soon there was throat cut competition between the Indian skipper and former Pakistani cricketer and few hours later, ICC announced the results as per which Imran Khan was declared the winner with 47.3% votes. On the other hand, Virat Kohli was little bit behind the Pakistani PM with 46.2 % and the other two cricketers were far behind as Meg Lanning got only 0.5% and AB de Villiers was voted by 6% people only.

Who would you rate as the best among these giants?

The results are out!

The indomitable Imran Khan has emerged as the highest-rated captain, beating Virat Kohli, Meg Lanning, and AB de Villiers in the poll 🙌 pic.twitter.com/HAX4piHmeB

As far as cricket lovers were concerned, this poll may have given them something to remain busy for some hours but all hells broke loose when a Pakistani news channel made it the breaking news. The news channel not only dedicated a full segment to this poll but also called the former Pakistani cricketer Abdul Qadir to talk in this regard.

Netizens came to know about it after a Pakistani journalist shared the video of the news on her Twitter handle and it gave enough fodder for the meme makers to produce some hilarious memes and jokes. This is how hilariously Twitterati reacted to the news while taking a satirical dig at Pakistani media.

WTF 😂😂 This is unbelievable. Pakistani media made it a breaking news and discussing it with the guest. https://t.co/gJBtVKN3A4

Breaking news of the new decade ! Also the best achievement by paki pm till date

I am very sure, many wouldn't have even cared to respond from India…what waste comparison.
So for pakis your legend just fraction ahead than our Kohli (legen in making) and yet you are rejoicing…😂😂😂

Congratulations @ImranKhanPTI for this huge twitter win😂😂😂😂
Though our @imVkohli & his fans & other indians dnt give values to such stupid poll. Even our INDIAN local news channel also dnt consider this as news forget abt breaking news title😂
Anyways happy for ur small win

Lmao 😂 … OMG they r showing this in the news, Imran wins twitter poll 😂 I told u twitter is pakistan’s turf, nobody can beat them here, pakistan army having jashn today, Imran thanking Bajwa. Meanwhile,Modi wins higest approval rating amongst world leaders, no news in India.

No no pak are doing right job……. .. These are only small happiness that you find in the era……….. You should celebrate 🎊🎊🎊🎊 grandly as you celebrate win against Zimbabwe……….. And this type of celebration equals to that when a beggar gets 200 rupee note

In a nation which is suffering from inflation, unemployment, corruption and other issues, this news must have given some reason to smile to people! Congrats Pakis!