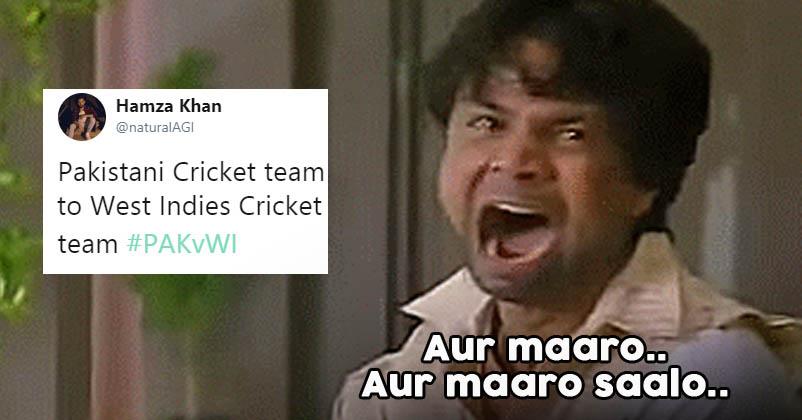 The ICC World Cup 2019 has started and the second match played between Pakistan and Wes Indies gave the internet something to do. West Indies won the toss and decided to bowl first. The whole Pakistani team only played for around 110 minutes and only managed to score 105 runs off 21.4 overs. West Indies easily chased the goal and won by 7 wickets.

But Pakistan’s performance in its very first match in this world cup made the memers active and then started the array of memes and trolling. Pakistan cricket is being brutally trolled for their poor play.

Some wrote that maybe Pakistan forgot that it is a 50 over match and not T20 and some wondered if this was a strategy to give everyone chance of batting.

Pakistani fans trying to control their tongue from abuses during #PAKvWI: pic.twitter.com/ASbR7bV9Jm