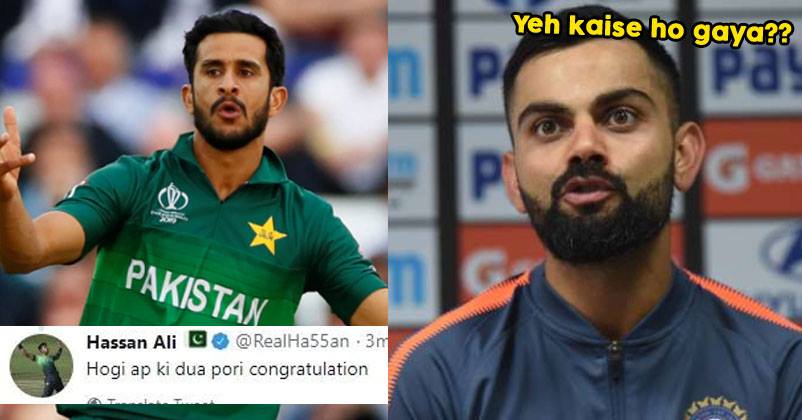 Pakistan cricket team was brutally trolled after losing against India in ICC World Cup 2019 at Old Trafford. India vs Pakistan is the most awaited match of the series. But Pakistan performed poorly, this angered their fans and citizens of Pakistan.

The Pakistani team received a lot of criticism for their miserable performance but the Pakistani captain Sarfaraz Ahmed was badly slammed for yawning during the match, for poor team management and last not the least for his majestic fitness level.

Well, now the Pakistani pace bowler Hasan Ali has been targeted by the trolls. Hasan Ali recently replied to the tweet posted by a journalist wishing the men in blue.

The tweet reads, Congratulations team India for the splendid win and giving us a moment to celebrate and to feel proud to be an Indian. #IndianCricketTeam let’s capture the world cup now.

Congratulations #TeamIndia for the splendid win and giving us a moment to celebrate and to feel proud to be an Indian. #IndianCricketTeam let's capture the world cup now #CWC19

However, the tweet was later deleted after the pacer got brutally trolled.