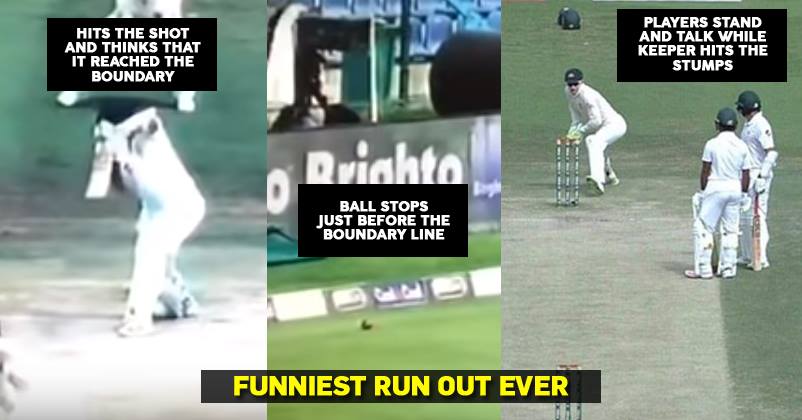 Cricket lovers are witness to so many hilarious and WTF moments that happened during the game. It’s not a secret that Cricket is highly unpredictable game as anything can happen anytime.

The fans of Pakistan and Australian team were left surprised during the 3rd day of the 2nd test match.

Pakistan’s Azhar Ali hit the ball for a four and it almost reached the boundary, but who knew that this very delivery will become his ticket to the pavilion? 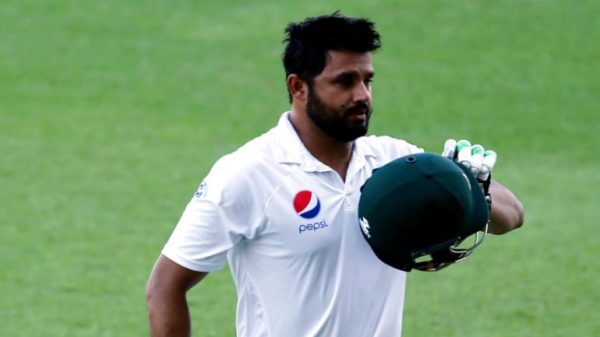 After Azhar hit the ball, it was moving towards the boundary and hence he decided to talk a bit with the other batsman in the middle of the field. The ball stopped right before touching the boundary and Australian fielders made the most out of this situation. Azhar came to know only when he was run out and we can only feel bad for him. Watch the video-

Have you ever seen anything like it? Azhar Ali was run out in the strangest of circumstances earlier today! 😲 #PAKvAUS pic.twitter.com/s2WbostY10

One of my favourite wickets in the Aust-Pakistan test series live on @FOXSportsAUS . What was Azhar Ali thinking???? Run out after thinking the ball went for four lol @CricketAust @trentcopeland @adampeacock pic.twitter.com/DAWtG7h8UR

Bizarre run out ever.

Very extreme strange run-out in the history of test cricket.

Cricket has the best entertainment 😂😂

Now this will go down in the history for sure.

Virat, Yuvraj And Shoaib Malik Were Seen Laughing During Champions Trophy 2017. Here’s The Reason
After Azhar Ali, Newzealand Player Gets Runout In A Bizarre Fashion. Twitterati Is Laughing