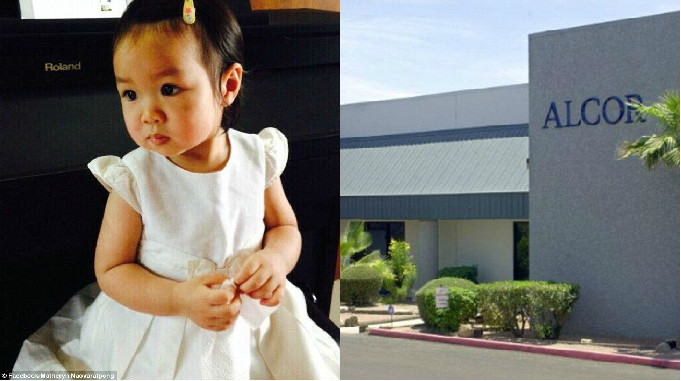 In rarest of rare case, this happens. A two-year-old girl from Thailand, called Matheryn Naovaratpong, have become the world’s youngest person to be cryogenically frozen. She was diagnosed with a rare form ependymoblastoma, brain cancer which has just five-year survival rate of 30 per cent.

The little toddler had to endure 12 rounds of brain surgery, 20 chemotherapy treatments, and 20 radiation therapy sessions, but still there was no sign of recovery on her part. So, unfortunately the parents had to take the step to cut her off the life support system, which ended her life on January 8th, 2015. By the time she passed away, she had lost 80 per cent of the left side of her brain, paralyzing the right side of her body.

But her parents being scientist, have now cryogenically frozen her in the hope that she can be saved by future medical advances, or at least they can study on the disease that killed her and try to find a solution to it. The one of the biggest providers of cryogenically frozen service in the world, Alcor is keeping her brain and body separately in a cooling unit in Arizona.

This is the love towards their daughter, that the scientist parents are trying to do their best. The family feels there are ‘still considerable frontiers left to be examined when it comes to medicine and human physiology.

We are hopeful that medicinal advancement may occur which can find a solution to cure this disease.